New site to help schools save thousands on recruitment costs 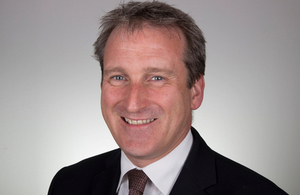 Schools will save thousands of pounds in recruitment costs as the Government launches a new online tool to help them avoid agencies that charge excessive fees.

The Education Secretary Damian Hinds today (15 January) announces an online tool which will clearly show the fees recruitment agencies charge on top of staff wages, so school leaders know what they are getting for their money. It will also help schools avoid agencies that charge fees for making temporary staff permanent.

In 2016/17, the last year for which figures are available, schools in England spent £825 million with supply agencies.

To appear on the list of approved agencies available through the tool, they must set out their costs up-front – allowing schools to compare prices – and conduct rigorous background checks on their staff.

Schools across the country are already benefiting from the Government’s clampdown on expensive fees after plans were initially set out last year. Rainhill High School, an academy in St Helens, Merseyside, reported savings of £2,500 in three months – thanks in part to using the tool to find a new supply agency that offered the best value. The Education Secretary is now calling on more schools to follow their lead by using the new online tool when recruiting supply teachers and agency workers.

"I want to help schools use their resources as effectively as possible. There will always be a role for supply teachers within schools, but schools shouldn’t be ripped off when trying to recruit them. This new online tool will bring much-needed transparency to the fees that agencies charge to enable school leaders to see what they are getting for their money.

"This is the latest step in our effort to help schools bear down some of the costs they face, building on the School Resource Management Strategy I launched last year to provide practical advice and support to school leaders so that they can focus on what they do so well – delivering high-quality education for their pupils.

"There can be no great schools without great teachers to inspire and motivate children, so it’s absolutely right that we help schools to maximise the money they have to spend in the classroom by working together, making sure they’re getting the best deals and are not being overcharged for services."

Lord Agnew, Parliamentary Under-Secretary of State for the School System, is writing to all schools in England to let them know about the online tool, which has been developed with Crown Commercial Service.

Today’s launch follows the Education Secretary’s pledge at the National Association of Head Teachers’ annual conference in May to work with schools and drive down unnecessary cost pressures so headteachers can get maximum value for every pound they spend and bring in the best staff.

It also follows a series of steps taken by the department to help schools deliver value for money and ensure resources can be targeted at the frontline.

• A free website to advertise school vacancies – this will help schools save on advertising for positions, which currently costs them up to £75 million per year;

• Recommended deals that are helping schools to save money on the things they buy regularly, such as printers and photocopiers – one school in the North West has saved an estimated £40,000 on its printing costs;

• Regional Schools Buying Hubs, piloted in the North West and South West, providing hands-on support and advice to schools on complex procurement. One school saved £75,000 across a three-year cleaning contract, while 82 schools in the South West have saved an estimated £137,000 on water;

• A network of advisers providing practical support on how schools can use their budgets more effectively. During the pilot phase of 72 deployments, advisers identified £35 million of potential savings for schools;

• A benchmarking website to allow schools to compare their income and expenditure with others in England.