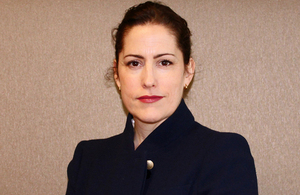 The second round of the Community Fund opened in May 2018 and was originally set at £1 million. Due to the number and quality of bids submitted, and as part of the government’s commitment to early intervention and prevention to tackle serious violence, the funding has been increased to over £1.5 million.

These successful bids, which were selected due to their commitment to educating young people about the dangers of carrying weapons, are set to receive up to £30,000 each.

"It is vital that the government continues to support community groups who help young people build the resilience they need to take positive steps in life and steer clear of criminal activity.

"Early intervention and prevention is vital to tackling serious violence and I am delighted we are able to increase the funding available to support more organisations.

"As we continue to deliver on the Serious Violence Strategy I look forward to meeting and working with more of these organisations."

The Community Fund was first launched last year and 47 charities across the country benefited from the funding.

The second round of additional funding forms just one of over 60 actions and commitments announced in the Serious Violence Strategy and reiterates the importance of early intervention to tackle the root causes of serious violence, backed with £40 million of Home Office funding.

"We are delighted to be awarded this funding from the Home Office, which will allow The Children’s Society to deliver school-based support in Birmingham and an emotional resilience programme in Newcastle.

"Supporting young people to live safe and protected lives free from exploitation and knife crime is more important than ever."

This announcement comes just days after the Home Secretary doubled the Early Intervention Youth Fund, which is also part of the Serious Violence Strategy, to £22 million. Police and crime commissioners (PCCs) who work in partnership with community safety partnerships (CSPs) or the equivalent can bid for support from the Early Intervention Youth Fund to deliver projects which steer young people away from violent crime.