The Foreign Secretary, Dominic Raab, made these closing remarks to Parliament at the conclusion of today's debate on Afghanistan 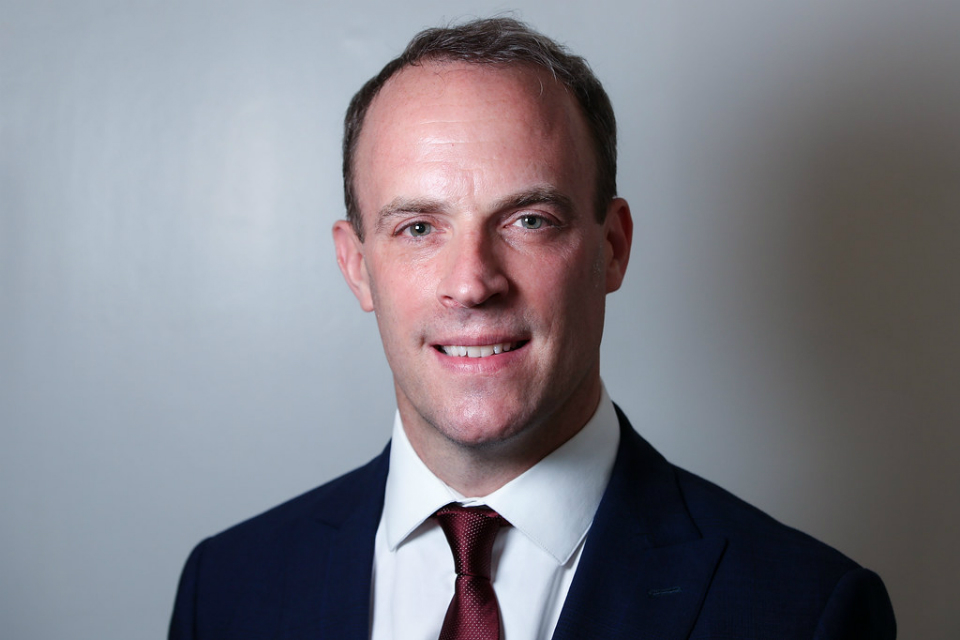 NOTE - The last four paragraphs of the speech are as drafted, but were not delivered in the House due to time constraints.

Mr Speaker, in any crisis it is how you respond that is critical, and the government has two overriding priorities.

First, we must evacuate our own people, the British nationals, the dual nationals in Afghanistan who now want to leave, those who served our country so loyally.

And allied to this, we must live up to the best traditions of this country in playing our part in offering safe haven to those Afghans who are now fleeing persecution from the Taliban as refugees.

And I want to pay tribute also to the Rapid Deployment Team that flew into Kabul last night to support that effort, and to the troops that went in to protect them and secure the airport so that we could prosecute this evacuation effort.

Mr Speaker, we are straining every sinew on that evacuation effort and it is supported by the crisis team in King Charles Street, with Home Office experts, military planners, and they are working around the clock. I pay tribute to them, having visited them yesterday.

The evacuation effort has three strands. And by the way, it’s been, Mr Speaker, in place for four months.

First, it is worth recalling that we advised all UK nationals to leave Afghanistan back in April and many hundreds did so on commercial flights, with the benefit of consular support and advice from our team.

Since the security situation deteriorated last weekend, we switched to chartered flights to get nationals out, as well as those under the ARAP scheme.

The first flight left Kabul on Sunday with around 150 UK nationals and their dependents on board. They have arrived back in this country safe and sound.

In the last 24 hours, 646 people have been evacuated, a combination of nationals, Afghans who worked for us and UK allies, and there will be eight flights following today.

The crucial point was that in order to secure the airport, we had to inject 600 British forces, we had thousands come in from the Americans. Without that we wouldn’t be able to get any of those to the airport, indeed out of them, or process them in the way we need to.

The second strand of the evacuation, beyond British nationals, is the ARAP programme, also set up by the Defence Secretary back in April, to help those who worked for us, and who now face the risk of retribution precisely because of the loyalty that they showed to our country.

And to date, Mr Speaker, we have settled over 3,300 Afghan staff and their families. That includes 2,000 since April, the most generous scheme of its kind offered anywhere in the world, and rightly so.

The third strand of the evacuation scheme is, as my Right Honourable Friend the Prime Minister and the Home Secretary announced today, our plan to provide a bespoke asylum offer to settle 20,000 Afghan refugees over five years.

And like the Home Secretary herself, let me just say as the son of a refugee I am deeply proud that this government is continuing the big-hearted tradition of the British people in offering safe haven to those fleeing persecution.

So we are getting our nationals out, those that work for us out, and we are providing a lifeline to the most vulnerable.

I can also tell the House today that we have contacted all of the Chevening Scholars in Afghanistan, not just to tell them that they can come, but to actively make arrangements for the upcoming flights to the UK.

Mr Speaker, at a time of crisis we also need to look to the longer term, and there are four areas that need particular focus.

Counter terrorism: we must never again allow Afghanistan to be a haven for terrorists, we will work very closely with all of our partners within the parameters that the current situation allows.

Secondly, the international community must be prepared to respond to the humanitarian plight caused by the Taliban’s campaign.

The UK is already using our convening power, our aid budget to galvanise the global response.

Thirdly, we must work to safeguard regional stability, and that will require us to work with different partners and it will require engagement with key regional players, including India, China, Russia, Pakistan, the Central Asian states, however difficult or complex that may prove and outside of our comfort zone.

And we will be fully supporting the efforts of the Secretary General of the UN’s Special Envoy for Afghanistan, Jean Arnault.

The fourth area is human rights and accountability. We will hold both through our domestic sanctions regime, but also working with the Indians who chair the UN sanctions regime for Afghanistan, to make sure we can exercise a moderating influence on the Taliban regime.

We will pursue each of these areas with vigour. As the Prime Minister has already made clear, we will be convening a special meeting of G7 leaders to consider a concerted and co-ordinated response.

We will be looking at the question of a contact group of international partners on Afghanistan and we plan an event at the UN General Assembly next month to focus minds and raise funds for the humanitarian response.

We are raising our aid budget in response to the crisis, channelling it via third parties on the ground.

And we will no longer provide funding to Afghan security institutions, redirecting this to humanitarian efforts which benefit the Afghan people.

Mr Speaker, we will get our people out of Afghanistan, we will provide a lifeline for the most vulnerable, and, with our partners, we will forge a new international strategy for Afghanistan.

We will not allow the hard-won gains of the last 20 years to be lost.

And we will continue to stand with the Afghan people, and support their aspiration for a better life.