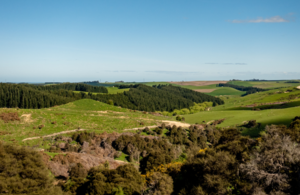 Proposals will protect and enhance nature.

New, long-term environmental targets have been announced by the government today. The proposed targets are a cornerstone of the government’s Environment Act which passed into law in November last year.

They will drive action by successive governments to protect and enhance our natural world.

The proposed targets cover water, air quality and the diversity of our wildlife, including:

Other targets include halving the waste that ends up at landfill or incineration by 2042, increasing total tree cover by 3% by 2050, and significant improvements in the condition of Marine Protected Areas by 2042.

New targets on water quality will tackle the most significant pressures on the water environment and help unlock the most serious challenges to clean up England’s rivers and support our wider ambitions under the Water Framework Directive, and in the 25 Year Environment Plan for clean and plentiful water.

Targets to cut air pollutant PM2.5 will reduce exposure to the most harmful air quality across the country and in locations where levels are highest, with a 50% cut in acceptable levels going well above and beyond previous EU targets while remaining achievable.

The proposed targets will now be subject to an eight week consultation period where government will seek the views of environment groups, local authorities and stakeholders.

The Environment Act put a key focus on driving forward nature’s recovery and the government is also setting out today new proposals in a Nature Recovery Green Paper which will support our ambitions to restore nature and halt the decline in species abundance by 2030.

We are proposing to make the processes clearer and more certain for all users, with more consistency in how we protect our nature sites. A rationalised legal framework, supported by local expertise and scientific judgement, will enable our regulators to be confident in making conservation decisions most appropriate for each site and ultimately ensure a better, more coherent protected site system.

This could include new streamlined types of protected area, reducing the overlapping types of designation for nature sites, such as Sites of Special Scientific Interest, Special Areas of Conservation and Ramsar sites so that the public and stakeholders can see at a glance what’s protected and why.

"These proposed targets are intended to set a clear, long-term plan for nature’s recovery. In a post EU era we now have the freedom to move towards a system that focuses on nature’s recovery as well as its preservation, and which places more emphasis on science and less emphasis on legal process. This change in approach will help us in the pursuit of the targets we are setting under the Environment Act."

"Our network of protected sites has been the backbone of England’s conservation effort for seven decades. It has been vital for hanging on to many special places, and many of our most vulnerable species, but we can and must do better. As Nature faces ever-increasing pressures, including from the effects of climate change, it is no longer sufficient to maintain the remnants of Nature that have survived, but to invest in large-scale recovery.

"Ambitious targets to halt the decline in species abundance and to increase the area of land and sea protected for Nature, backed by a range of new policies to meet them, means that we are in a strong position to shift up a gear – not only protecting what’s left but also to recover some of what has been lost.

"Natural England will work with government and other partners to help achieve these important new environmental targets, ensuring that any new system of protections not only maintains but restores our depleted natural world, contributing to England’s Nature Recovery Network."

The proposed targets and green paper proposals will ensure the right framework is in place to meet the UK’s international commitments to protect 30% of land and sea by 2030. They are both subject to an eight week consultation process.

In addition to the Green Paper, government and Natural England are providing a package of practical and financial support to help Local Authorities in areas affected by nutrient pollution to deliver the homes communities need. This applies to areas where protected sites are in ‘unfavourable condition’ due to nutrient pollution. Local Planning Authorities can only approve homes if they are certain it will have no negative effect, and today Natural England has extended this advice to new areas.

As part of the support package, the government is also offering £100,000 to each affected catchment to support cross-Local Authority work to enable development to continue. We welcome the new and proactive investment from Severn Trent Water, United Utilities, South West Water and Yorkshire Water which are collectively investing an additional £24.5 million in reducing nutrient pollution affecting these sites, including nature based solutions. We will work with the wider industry to deliver further action as far as possible.

The government’s response to the Green Paper and targets consultation is expected to be published in early summer 2022. Today’s announcements are part of the government’s commitments to leave our environment in a better state for future generations.

The targets consultation will include the following proposals:

The publication of the Nature Recovery Green Paper will launch an 8-week consultation setting out proposals for: