Inspectors examined resources, policies, processes and performance in respect of the provision, by the Home Office, of asylum accommodation 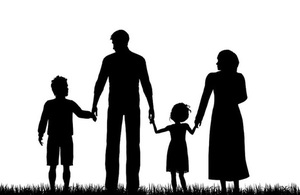 The provision of asylum accommodation, in line with the Immigration and Asylum Act 1999, was examined by the National Audit Office in 2014 and by the Home Affairs Committee (HAC) in 2017. While I did not set out to re-examine every finding or recommendation made by the NAO or HAC, I took note of the Home Office’s responses to the latter in particular and looked to see what actions had been completed and what improvements had been made.

For several reasons, not least the difficulty of extracting evidence from the Home Office, this inspection proved more challenging than most. My report is likely to please no-one. It was clear from the Home Office’s response to the draft report that this topic touched a nerve. It considered my criticisms unfair and believed its efforts had not been fully recognised.

Meanwhile, I suspect that the many non-government organisations (NGOs) and other stakeholders engaged with asylum accommodation, and those living in it, will feel that the report has not gone far enough in challenging the standards of accommodation and support provided.

Discussions with the Home Office, the commercial providers, NGOs and asylum seekers about particular properties showed just how difficult it was to agree on what constituted “an acceptable standard” of accommodation, and how equally difficult it was for the parties to remain objective and to trust each other’s intentions and actions.

The overriding impression from this inspection was of many individuals – from the Home Office, the Providers, NGOs and voluntary groups, statutory services and local authorities - up and down the UK, working hard to do their best for those in asylum accommodation, but often with quite different perspectives and priorities.

The system will always rely on collaboration, but it is the Home Office that holds most of the keys – to easing demand on asylum accommodation through more efficient management of asylum claims; to standardising data capture and improving information flows; to ensuring policies and practices support and protect the most vulnerable; to driving a UK-wide dispersal strategy for asylum seekers and refugees that engages more local authorities.

For all its efforts, this inspection found the Home Office too accepting of the limitations of the current COMPASS contracts and how things are, and too optimistic that the work it has in hand and the new contracts would bring about improvements.

In reality, there is much more that it can and should be doing now, before September 2019 when the new contracts start. Otherwise, the same underlying issues with asylum accommodation are likely to persist, whatever benefits the new contracts may deliver.

I have made 9 recommendations, some of them time-sensitive. My report was sent to the Home Secretary on 9 July 2018. While it has accepted all of my recommendations, the Home Office’s formal response (published with this report) looks to underplay the evidence of poor accommodation standards. This is unhelpful when it comes to building trust.

• The Home Office response to the asylum accommodation inspection