People in rural Scotland, Wales and the North East of England to enjoy huge improvements in mobile coverage thanks to £1bn mobile connectivity programme 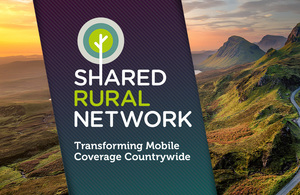 • More than 230,000 Welsh homes and businesses to get access to faster broadband through UK government’s £5 billion Project Gigabit

• Nearly 1,000 public buildings and 150,000 homes and businesses in Northern Ireland to get full fibre connections

People in rural Scotland, Wales and the North East of England will enjoy huge improvements in their mobile coverage thanks to the UK government’s world-first £1 billion mobile connectivity programme.

This scheme is a major part of the government’s plan to level up all parts of the UK and will bring economic and social benefits for people no matter where they live.

Uplifts in 4G coverage will allow people to seize the benefits of technology to stay connected, shop online and stream entertainment on the go. It will also power economic growth, helping people set up and run businesses from anywhere in the UK.

The boost to 4G comes as the government reveals hundreds of thousands of properties in rural areas of Wales will be in scope to benefit from Project Gigabit - the £5 billion national broadband upgrade and biggest rollout in British history to bring the fastest possible internet connections to hard-to-reach areas.

The UK government has also allocated £24 million to level up regions across Northern Ireland and modernise public buildings with high-speed gigabit broadband.

The Shared Rural Network (SRN) was agreed between the government and the country’s biggest mobile network operators (MNOs) and will see firms sharing their masts to boost people’s mobile signals.

It will close out so-called ‘partial not spots’: areas where some but not all MNOs provide 4G coverage and which stop local people connecting unless they are signed up with a specific available provider.

New maps and figures published today* reveal how much mobile coverage will increase in each region of the UK once the SRN is completed.

The Scottish Highlands and Islands, Mid and West Wales and the North East of England will see the largest increases in 4G signal.

Scotland will benefit the most of the four home nations with coverage from all four MNOs to be delivered to three quarters (74 per cent) of Scotland’s landmass by the end of the programme. This is an increase of two thirds and up from 44 per cent currently.

Wales will see the next highest increases - with coverage from all four operators across its geographic areas increasing by more than one third, from 60 per cent to 80 per cent.

Northern Ireland will see 4G from all four MNOs rise to 85 per cent of its landmass, up from 79 per cent in 2020. The North East of England will see total 4G coverage jump from 68 per cent to 86 per cent.

"We’re putting connecting people across the UK at the heart of our plan to build back better, through huge uplifts to mobile coverage in rural areas and the rapid rollout of gigabit broadband.

"Today’s announcements will improve the lives of millions of people in rural parts of Scotland, Wales, England and Northern Ireland, giving them the connections they need to work, access services and keep in touch - both at home and on the go."

The SRN, brokered by ministers in March last year, will see EE, O2, Three and Vodafone share a network of new and existing phone masts. It will bring an extra 280,000 premises and an additional 16,000 km of UK roads in range of a 4G signal - increasing total geographic 4G coverage to 95 per cent of the UK by the end of 2025.

Northern Ireland and England will both see a six per cent fall in partial not spots by the end of the scheme, with 4G coverage from at least one MNO reaching 98 per cent of their respective landmasses, with Wales hitting 95 per cent and Scotland 91 per cent.

The MNOs have already begun work as part of the deal to close the majority of partial not spots by mid-2024 and there have already been more than 700 sites announced so far this year to help close not spots across the UK.

This year the SRN programme has also kicked off work to end ‘total not spots’ - areas which have no coverage from any operator. It has begun searching for, acquiring and building publicly funded masts to be shared between all four MNOs.

The government has today launched a consultation with the telecoms industry to identify any existing infrastructure which can be utilised to end total not spots. It wants to reduce the need to build new phone masts and help make sure public funds are used effectively.

The Shared Rural Network is a transformational project backed by a half a billion-pound investment from the mobile operators to extend coverage in rural areas across the country. Mobile operators have already started to deliver on this commitment, with new sites coming online in partial coverage areas. We are committed to providing a reliable 4G mobile signal to 95% of the UK’s landmass and improving the experience for people living, working and travelling in rural areas.

The UK government today announces next steps in its record £5 billion Project Gigabit scheme to build lightning-fast fixed broadband connections to homes and businesses in the most rural and remote parts of the United Kingdom.

Gigabit broadband enables download speeds of up to 1,000 megabits per second (mbps) - enough to download a HD movie in less than 30 seconds and lay the foundations for next-generation tech such as 8K-quality video streaming.

Up to 234,000 hard-to-reach Welsh homes and businesses are announced as in scope to receive gigabit broadband through the programme. This includes rural towns and villages in Carmarthenshire, Ceredigion, Conwy, Denbighshire, Flintshire, Gwynedd, the Isle of Anglesey, Pembrokeshire and Powys.

The government will set out the timetable for the delivery of these connections once it has agreed the procurement process with the Welsh Government.

On top of this, the government is also announcing a further £24 million to fund the rollout of gigabit broadband in ten local authority areas in Northern Ireland as part of Project Gigabit.

Thanks to the investment Northern Ireland-based network provider Fibrus has announced plans to extend its network to an estimated 150,000 homes and businesses as part of its own £100 million package.

In a further boost to connectivity in Scotland, the Scottish Government has confirmed it can continue to provide up to £5,000 extra funding to top-up the Gigabit Broadband Voucher Scheme. This is in addition to the £1,500 available to rural homes and £3,500 available to rural small to medium-sized businesses.

The UK Government continues to actively work with the Scottish Government on gigabit deployment through their Reaching 100% (R100) programme. The scope of the final R100 contract will be confirmed in the Summer.

The government will announce the next areas to be connected via Project Gigabit in the coming weeks as it pushes ahead with efforts to connect at least 85 per cent of the UK to gigabit-capable broadband by 2025.