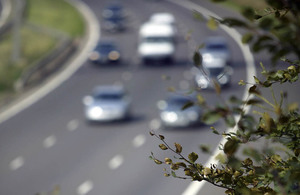 • National Highways granted new interim injunction covering Strategic Road Network in England, banning activities that obstruct traffic and access.
• Those who breach the injunction will be in contempt of court and at risk of imprisonment and/or an unlimited fine
• Comes as nine protestors face High Court proceedings for breaching other injunctions.

National Highways has secured a new nationwide interim injunction to target protestors who cause disruption on any part of the Strategic Road Network in England.

The new injunction bans activities that obstruct traffic and prevent access to 4,300 miles of motorways and major A roads. It also bans activities which cause damage to the road surface and infrastructure and prohibits activists from gluing themselves to the road or abandoning their vehicles.

Anyone who breaches this injunction faces imprisonment and/or an unlimited fine. Activists found in contempt of court may also be forced to repay the costs of their case.

The latest interim injunction was granted in addition to three earlier injunctions including one covering the M25. Transport Secretary Grant Shapps said:

"We are making use of every avenue of existing law to try to prevent the continued life-endangering action being carried out by Insulate Britain, which is causing intolerable disruption to motorists’ lives and livelihoods. This new interim injunction will ban activities that obstruct motorways and major A roads across the entire country.

"On top of the immediate measures we’re taking, the long term solution lies in the changes to the Police, Crime, Sentencing and Courts Bill which were set out by the Home Secretary, giving additional powers against disruptive protests which target critical national infrastructure. This includes unlimited fines & prison sentences of up to 6 months for obstructing highways."

"This new injunction covering the Strategic Road Network across the country is another step forward in helping to keep these reckless and dangerous protests away from our network and endangering peoples’ lives.

"We continue to serve court papers on those who have breached the previous injunctions. People who breach the injunctions face imprisonment and/or an unlimited fine."

National Highways has already taken out three injunctions to prevent action along the M25, the M25 feeder roads and major roads around the Port of Dover following dangerous disruption caused by demonstrators from Insulate Britain.

More than 100 activists have already been served with court papers in relation to these injunctions and may face imprisonment and/or a fine for contempt of court if they are found to be in breach of the orders going forward. On Friday, National Highways made nine applications to the High Court against protestors who had breached an existing injunction by blocking the M25. Now an application for contempt of court has been made, the court will decide whether the protestors breached the injunction order.

These injunctions are a short-term solution to tackle the highly disruptive protests we have seen over the last few weeks, and the government has committed to legislating to prevent these kinds of guerrilla tactics in the long-term through the Police, Crime, Sentencing and Courts Bill.