The UK and US space agencies have signed a statement of intent, which paves the way for UK commercial satellite communication and navigation services to be used by future NASA missions to the Moon 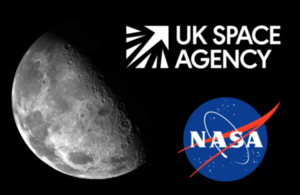 The agreement was announced in a speech from Science Minister Chris Skidmore at the Policy Exchange in London on ‘Embracing the New Space Age’ on 16 July, the anniversary of the Apollo 11 launch.

The UK Space Agency recognises the scientific benefits of missions to the Moon and the important role that the growing commercial space sector will play in providing services on the lunar surface and in orbit.

The statement of intent on Lunar Research and Exploration highlights the common interests of the UK and US in space, and the role that both nations can play in addressing major scientific questions.

"As the 50th anniversary of Apollo 11 shows, NASA is an organisation steeped in history but also one which is constantly looking to the future and breaking new ground.

"The government is committed to growing the UK space sector, fostering the key capabilities we have in areas such as satellite communications, navigation and robotics, while developing new facilities such as spaceports, as part of our Industrial Strategy. There are significant opportunities for collaborations between the UK and US over the next 50 years, and this statement of intent is a welcome step towards future missions."

NASA and the UK Space Agency will establish a working group to coordinate joint scientific research and identify future opportunities to work together later this year.

"International collaboration is at the heart of space exploration and we want to work with partners around the world to deliver incredible science, develop innovative technologies and explore the solar system. The UK Space Agency and NASA are already working on missions such as the Mars InSight lander, but there is so much more we can achieve together in the new space age."

The UK continues to be a leading and committed member of the European Space Agency (ESA), playing a major role in missions such as Solar Orbiter and ExoMars, both due to launch in 2020, and hosting the European Centre for Space Applications and Communications in Harwell, Oxfordshire.

"Since human’s first steps on the moon 50 years ago, services from space have become woven into our everyday lives.

"This statement of intent for Lunar Research and Exploration projects between the UK and NASA is welcome news for the UK space industry and, as part of our strategy to continue to grow the sector, we want the UK to establish a National Space Programme to sit alongside our investments in ESA. Amongst other things a national programme will enable us to establish new international partnerships, retain sovereign space capability and harness satellite technologies to help deliver the UK commitment to net zero carbon emissions by 2050."

Also today, the UK Space Agency has awarded £2 million for 10 new projects to develop innovative technologies that could transform weather forecasting and the study of climate change, through the Centre for Earth Observation Instrumentation.

Read the Joint Statement of Intent between the National Aeronautics and Space Administration (NASA) and the UK Space Agency on Lunar Research and Exploration.