There is a new record high employment rate and the unemployment rate has not been lower since 1974. Wage growth outpaces inflation for 21st successive month

The employment level rose in 6 regions of the UK, including the North West which has a record high employment rate of 75.7%.

With unemployment remaining at its lowest level since the mid-1970s, 3.8%, women remain the biggest winners from a resilient jobs market – with 235,000 more in work in the last year.

And UK employees are receiving higher wages, as weekly pay continues to rise, outpacing inflation for the 21st month in a row. 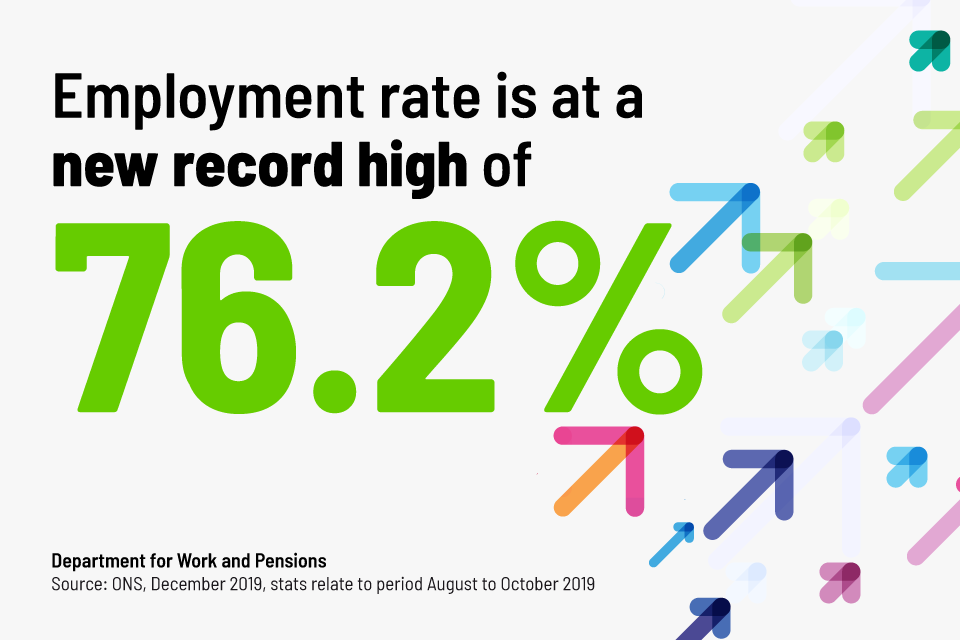 More families are also benefiting from a regular wage as today’s statistics followed recent Office for National Statistics (ONS) data showing 176,000 more children are living in a home with at least one working adult in just the last year.

Secretary of State for Work and Pensions Thérèse Coffey said:

"At the end of this decade, I am delighted to see that more people are benefiting from rising wages and record high employment. Six out of the 9 UK regions have seen an increase in the number of people in work in the last year and I want to see it continue to rise in every part of the country.

"As we head into 2020 I’m clear that the focus of this government is on levelling up opportunities and aspiration across the entire United Kingdom. And it begins with getting Brexit done so we can unleash the potential of the people we serve and open up new investment for communities everywhere."