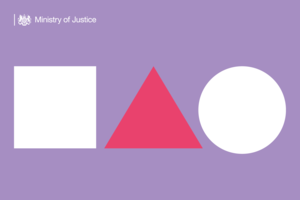 Sweeping reforms will see more victims of domestic abuse given access to separate building entrances and waiting rooms as well as protective screens to shield them from their alleged abuser in court.

Ministers will also make it easier for judges to issue barring orders which prevent abusive ex-partners from repeatedly dragging their victims back to court – which can be used as a form of continuing domestic abuse.

The move comes after an expert-led review into how the family courts handle domestic abuse and other serious offences raised concerns that victims and children were being put at unnecessary risk.

"Every day the family courts see some of the most vulnerable in society and we have a duty to ensure they are protected and not put in danger.

"This report lays bare many hard truths about long-standing failings, but we are determined to drive the fundamental change necessary to keep victims and their children safe.

"But this is not all we’re doing. Our landmark Domestic Abuse Bill will transform society’s response to this destructive crime – protecting victims and pursuing perpetrators more than ever before."

The expert panel was made up of representatives from charities, the judiciary, family law practitioners and academia, and took the views of more than 1,200 individuals and organisations.

It found that an adversarial process in the family courts often worsened conflict between parents, which could retraumatise victims and their children.

Fundamental reform of how the courts hear cases, through a new investigative approach, will be trialled as part of the Integrated Domestic Abuse Courts pilot – these consider family and criminal matters in parallel in order to provide more consistent support for victims. Emphasis will be placed on getting to the root of an issue and ensuring all parties are safe and able to provide evidence on an equal footing – without the retraumatising effects of being in court with an abusive ex-partner.

Additionally, Ministers will launch a review into the presumption of ‘parental involvement’ that often encourages a child’s relationship with both parents, unless the involvement of that parent would put the child at risk. It will examine whether the right balance is being struck between the risk of harm to children and victims, and the right of the child to have a relationship with both parents. The government welcomes this key recommendation which requires careful consideration to implement correctly – further details about the review will be announced in due course.

"This report marks a major step forward in exposing what women and children experiencing domestic abuse have been telling us for decades.

"The culture of disbelief identified by the panel is a barrier to courts making safe child contact arrangements in cases of domestic abuse. The result is that, all too often, survivors and their children experience the family courts as failing to effectively protect them.

"This welcome report must now deliver change. Guaranteeing special measures in the family courts is a critical protection which survivors have long called for. As a member of the expert panel, I look forward to seeing the government and family judiciary adopt all of the recommendations to change the culture of the family courts and deliver a safe and just contact system for survivors and their children."

The measures form part on an Implementation Plan published by Ministers today which sets out immediate and longer-term steps to better protect victims in the family courts.  These include:

• Trialling an investigative, problem-solving approach in private family law proceedings as part of an upcoming pilot of Integrated Domestic Abuse Courts. This could see judges decide what evidence to investigate, rather than both parties presenting their cases against each other

• Giving automatic entitlement for special measures in the courtroom for victims of domestic abuse going through the family courts – such as separate waiting rooms, entrances and screens – via a further amendment to the Domestic Abuse Bill

• Reviewing the presumption of ‘parental involvement’ and whether the right balance is struck between the risk of harm to children and victims, with the right of the child to have a relationship with both parents

• A commitment to change the provision on ‘barring orders’, which prevent abusers repeatedly dragging ex-partners back to court over child arrangements. Ministers will review whether this is best done through legislative or non-legislative means

"Welsh Women’s Aid welcomes the publication of Ministry of Justice panel’s report on assessing risk of harm to children and parents in private law children cases.

"Critically the report’s recognition of alignment with the Welsh devolved context is vital to ensuring the whole system delivers maximum protection, safety and support for all survivors of abuse."

"Problems in the family court are the single most common concern raised with me as the Domestic Abuse Commissioner, and I am glad to see this report published in time to implement its recommendations through the Domestic Abuse Bill.

"I welcome the work of the panel, and the breadth of evidence and expertise that has gone into this report, and in particular thank those victims and survivors who shared their experiences as part of this process."

"This panel of experts has dug deep to understand, and address, the serious harm to domestic abuse victims and their children caused over many years by the presumption of contact, and the intensely adversarial process present in the family courts.

"With children’s voices rarely heard in these proceeding and even more rarely heeded, victims and children are in need of better protections from abusive perpetrators.

" I welcome the report, its recommendations, and the implementation plan which will help to address these, and other concerns. It has my full support. And I call on the government to action this as a matter of urgency."

The changes build on the landmark Domestic Abuse Bill, currently before Parliament, which transforms our response to dealing with perpetrators and protecting victims. Key measures in the Bill include:

• creating a statutory definition of domestic abuse, emphasising that domestic abuse is not just physical violence, but can also be emotional, coercive or controlling, and economic abuse

• establishing a Domestic Abuse Commissioner, to drive the response to domestic abuse

The Bill is backed by £35 million to support victims and their children – with an additional £76 million extra funding announced in May to support vulnerable victims during the Coronavirus pandemic, including victims of domestic abuse and sexual violence.

From:
Ministry of Justice