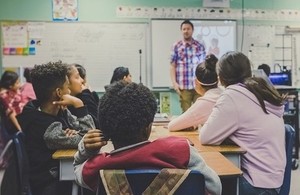 Schools will be made accountable for the pupils they exclude and there will be a clampdown on off-rolling, as part of Government measures taken in response to the Timpson Review of exclusions.

The review, published today (7 May), makes 30 recommendations to Government as it highlights variation in exclusions practice across different schools, local authorities and certain groups of children. The report concludes that while there is no optimal number of exclusions, there needs to be action to ensure permanent exclusions are only used as a last resort, where nothing else will do.

Analysis shows 85% of all mainstream schools not expelling a single child in 2016/17, but 0.2% of schools having expelled more than ten pupils in the same year.

Vulnerable groups of children are more likely to be excluded, with 78% of permanent exclusions issued to children who had special educational needs (SEN), or classified as in need or eligible for free school meals. Certain ethnic groups, including Bangladeshi and Indian pupils, have lower rates of exclusion than White British pupils, with the analysis also finding some ethnic groups, such as Black Caribbean and Mixed White and Black Caribbean pupils, experiencing higher rates, after controlling for other factors.

"No parent sends their child off to school believing they will end up being excluded but when this does happen we all need to be confident we have a well-functioning system that makes sure no child slips through the net. Exclusion from school should never mean exclusion from education.

"Throughout this review I have found too much variation in the use of exclusions and too many missed opportunities for children to remain in the education that best suits their needs.

"Although I did see examples of schools using exclusions appropriately and effectively, there is clear room for improvement and everyone – from teachers and parents, the Department for Education and Ofsted, to local authorities and children’s services - has their part to play.

"We expect school leaders to make sure all children are getting a good education, but we must equip them with the skills and capacity to do so. We need to reward schools who are doing this well and hold to account those who are not. Most importantly there must be safeguards in place for when things go wrong so that we can keep children on the path towards the successful future they all deserve."

Edward Timpson’s review of exclusions found that in addition to variations in the way schools use exclusion, there was a small minority of schools ‘off-rolling’. This is where children are removed from the school register without a formal exclusion, which can lead to children being pushed out of education altogether and exposed to potential safeguarding risks.

It also found evidence that good behaviour cultures are vital in maintaining orderly environments that support all children, but teachers need consistent guidance and tools to deal effectively with poor and disruptive behaviour.

The Department for Education welcomed the review and agreed to all 30 recommendations in principle, committing to act to make sure no child misses out on a quality education.

Addressing Edward Timpson’s recommendation that changes should be made to strengthen accountability around the use of exclusions, the Government announced that it will launch a consultation later this year.

This will include how to make schools accountable in the most effective and fair way, so they can fulfil their responsibilities for permanently excluded children. This may include through reform to commissioning and funding arrangements for alternative provision (AP).

"Every child deserves an education that fosters ambition and provides the knowledge and skills they need to make the most of their potential. That must include children at risk of exclusion or those that have been expelled.

"This pivotal review demonstrates widespread good practice in support for students and in the use of exclusions, and I will continue to back headteachers in creating safe and orderly environments that enable teachers to teach and provide the right learning conditions for pupils – and sometimes exclusion will be the final option.

"Exclusion should not be considered the end point for any child; it has to be the start of something new and positive – with alternative provision offering smaller class sizes and tailored support.

"We also need to support those most at risk of exclusion, taking action before exclusion happens. Too many children can fall through the cracks, so I want schools to be accountable for the pupils they exclude, alongside tackling the practice of illegal off-rolling. This is not an easy answer, but it is one that will help the most vulnerable children in our society to fulfil their potential."

Teachers do not take the decision to exclude lightly. Neither the review or the Government propose limiting the number of exclusions, with intervention aimed at supporting schools to use them effectively, while encouraging early intervention in support. The Government has confirmed that it will re-write guidance on managing behaviour and the circumstances when exclusions should be used. This will extend to the use of isolation units and support for those with SEND, to make sure they are used constructively, as outlined in Edward Timpson’s recommendations.

The proposed reforms will support schools to intervene early to help a child before exclusion is necessary, improve alternative provision, as well as reducing incentives for schools to off-roll pupils.

The new Ofsted framework will also contribute to a clampdown on off-rolling by requiring inspectors to question schools where there are signs of it, and instruct them to report where pupils are taken off-roll primarily in the interests of the school rather than the pupil.

Further key measures being taken forward by the Government in response to the review include:

• Making early intervention the norm
Bringing together education providers and councils so that schools are better equipped to take action early and provide the right support for children at risk of exclusion.

• Calling on leaders to work together
Taking action on concerning variation in exclusion rates among certain groups of children. School leaders, governing bodies and Directors of Children’s Services should collect and share data to help understanding of how exclusion is used in local areas, assess and act to reduce disparities, with particular reference to certain ethnic groups, those with special educational needs, or those who have a social worker.

• Making sure exclusion is the start of something new and positive
Setting out plans later this year to improve outcomes for children who leave mainstream education and go into AP and recognising good practice in AP, including support for AP to attract and develop high-quality teachers.

• Enabling local authorities to establish forums
For schools and other local services to convene to plan support for vulnerable children who are at risk of leaving school, by exclusion or otherwise.

• Taking action across Government
For children who are at risk of being drawn into crime, such as ensuring the Youth Endowment Fund is open to schools and AP settings.

• Cracking down on poor behaviour
The Government has already committed £10 million to help teachers crack down on poor behaviour in the classroom, with Tom Bennett appointed as lead adviser to implement the pioneering programme. Hundreds of schools will benefit from the programme, where a network of expert schools will be identified to help teachers and school leaders in need of support.

The review comes as work continues across government to tackle serious violence crime and ensure that every young person is safe and free to fulfil their potential. There is no formal evidence that exclusion is a direct cause for young people to become involved in knife crime, and the Education Secretary has been clear that education is the best protection for young people most at risk of being led down a dangerous path.

The Department for Education continues to act in concert with other services to provide a joined-up approach and safeguard young people against harm.

The Prime Minister announced the intention to launch a review of school exclusion in October 2017, in response to the Race Disparity Audit. Edward Timpson was announced to independently lead the review in March 2018, which set out to explore how schools use exclusion and why certain groups of children, including children in need, those in care, as well as those with SEND or from certain ethnic groups, are more likely to be excluded.

New analysis conducted for the Review shows that some pupil and school characteristics are associated with greater risk of exclusion, even after controlling for other factors which could influence exclusions. In particular:

• Disadvantage is strongly associated with exclusion, after controlling for other pupil characteristics. Children in receipt of Free School Meals were around 45% more likely to be excluded than other pupils.

• Controlling for other factors, children on a Children in Need Plan are around 4 times more likely to be permanently excluded compared to those with no social care classification.