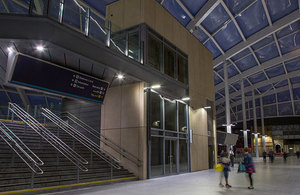 Northern’s timetable recovery plan will tackle disruption to services following the greatest timetable change for a generation as the government carries out the biggest modernisation of the rail network since Victorian times to improve services for passengers across the country.

The Transport Secretary will be holding a teleconference with northern leaders tomorrow to discuss next steps. Officials are working urgently with TfN and Northern to improve services for passengers.

Measures in the plan include:

• improving driver rostering to get more trains running now
• increasing driver training on new routes to get more services on line as quickly as possible
• additional contingency drivers and management presence at key locations in Manchester
• putting extra peak services in the timetable along the Bolton corridor, including between Buckshaw and Manchester Victoria, and Preston and Manchester Oxford Road

"We are delivering the most comprehensive and significant modernisation of the national rail network since the Victorian era.

"Introducing new services, providing passengers with faster journeys and delivering more seats will be part of this essential transformation – but the level of disruption that passengers have experienced in the north is unacceptable.

"Improving the service for Northern customers is the number one performance priority for my department and we will work with the industry to keep disruption at a minimum."

"But passengers have been disrupted and there is concern about performance among people who use the railway.

"I have spoken with the chief executive of Transport for the North and the Mayor of Greater Manchester to underline our absolute commitment to improving performance for passengers.

"We are working closely with train companies to drive down cancellations, and will support Network Rail and the wider industry in delivering these significant improvements."