PHE scientists lead workshops to inspire next generation of scientists

This British Science Week (8 to 17 March 2019), Public Health England will run a series of workshops and festivals for children and young people 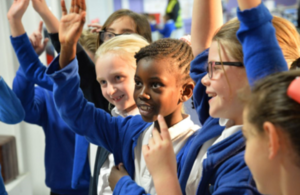 A group of 80 scientists from across Public Health England (PHE) will join forces to inspire young people about PHE’s world-leading research.

From pupils extracting DNA from their own cells using household products, to hands-on experience of a real public health laboratory, a series of interactive activities will help children and young people understand the variety of scientific careers available to make an impact on the world around us.

British Science Week is an annual 10-day event, now in its 25th year. It encourages organisations, professionals in the science sector, science communicators and the general public to hold events that get people involved in scientific activities.

Between 8 to 17 March, scientists from PHE will be hosting workshops and taking part in the following events:

The scientists taking part are specialists in a range of disciplines, including vaccine research, antibiotic resistance and understanding how bugs cause diseases and spread.

"In order to tackle the big questions in public health, we need passionate scientists from a diverse range of backgrounds. It’s hugely important that as well as investing in our current generation of scientists, we spark curiosity in the next generation.

"This includes showcasing the range of routes and opportunities they can pursue within world-leading UK science. We are thankful for the scientists taking part in British Science Week workshops across the country, and hope that their efforts encourage the pupils to consider a career in science as a viable and exciting option."

"Working with children and young people is inspiring, and it is wonderful to see the look on a child’s face when you’ve helped them to think about something in a new way for the first time, or you’ve supported a young adult to realise that a career in science is possible.

"As scientists at Public Health England, we are committed to driving forward research that improves and protects the nation’s health, extending beyond our day to day work in the lab and at computers. We are always impressed by the ability of young people and children to think about science from novel angles and engage in the work we do.

"Inspiring future generations by contact with scientists is critical to lift aspirations to join what are highly rewarding and exciting careers across a range of scientific disciplines and are open to people from every background. We have a responsibility to ensure that the future workforce continues to be made up of talented and enthusiastic individuals and I hope that our activities during British Science Week and beyond will inspire some budding scientists."

PHE is in the process of creating a world-leading campus of excellence for public health research, improvement and protection, and a new headquarters, at the vacant GlaxoSmithKline site in Harlow.

This will involve relocating facilities from Porton in Wiltshire and Colindale in north London, as well as the current central London headquarters. PHE Harlow is expected to be fully operational by 2024.