£22.8 million boost to give power back to communities

Communities across England are set to benefit from a package of support worth £22.8 million. 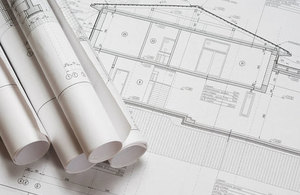 Communities across England are set to benefit from a package of support worth £22.8 million to help them develop plans to give them a real say in the development of their area.

Housing Minister Alok Sharma confirmed how the cash boost will support communities, help build more homes and give locals more say over growth in their area.

The funding, which will be around £5.5 million per year until 2022, will provide communities with specialist support to help develop a Neighbourhood Plan.

Neighbourhood Plans gives local communities a real say in the development of their area including where homes, shops, green spaces and offices should be built and how they should look.

The announcement comes as more than 400 successful neighbourhood planning referendums have now taken place across England, driving local growth from Cornwall to Northumberland.

"The government is committed to giving communities even more of a say in the development of their area, and that’s why we’re dedicating around £23 million between 2018 and 2022 to help groups create Neighbourhood Plans.

"With over 400 now in place more people than ever are having their say on the location and design of new homes, shops and offices in their community. I congratulate the many thousands of community minded people across England carrying out this valuable work."

"Having worked directly with over 274 groups to help them develop neighbourhood plans since their inception, the RTPI knows how much people care about these plans and how important they are in shaping places and building public trust in the planning system.

"It’s also clear from our experience that people need support to make the plan-making experience easier and worthwhile, so this latest funding is very welcome."

The government’s housing white paper published in February 2017 set out measures to give local people more of a say over development in their area and build the right homes in the right places.

The white paper committed to continue to support neighbourhood planning groups so they can access essential support to allocate sites for housing and to plan for better designs in their area.

Following the housing white paper, a further raft of measures to improve neighbourhood planning will be implemented later this year, as the Neighbourhood Planning Act comes into effect. This includes new rules to speed up and strengthen the popular neighbourhood planning process by simplifying how plans can be revised as local circumstances change.

The Neighbourhood Planning Act received Royal Assent in April 2017, and contains measures improving the planning system to help deliver the government’s aim of making sure the housing market works for everyone.

In July 2017 Neighbourhood Planning Act reforms came into force to ensure the plans local people have worked hard to create are used as the starting point for determining planning applications up to 8 weeks earlier, following a successful referendum. The changes also mean that when local authorities are making planning decisions, they must respect emerging neighbourhood plans which have passed examination but not yet been agreed at a referendum.