More than 500,000 more rural homes and businesses will be given access to better broadband under plans to level up the UK with improved internet connectivity 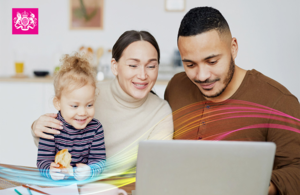 More than half a million more rural homes and businesses will be given access to better broadband as part of plans to level up the country with improved internet connectivity, Digital Secretary Nadine Dorries has announced.

An estimated 567,000 hard-to-reach premises across Cheshire, Devon, Dorset, Somerset, Essex, Herefordshire, Gloucestershire, Lincolnshire, East Riding and North Yorkshire are in line to benefit from the government’s £5 billion Project Gigabit, which is bringing next generation gigabit-capable broadband across the UK.

Project Gigabit is the biggest broadband rollout in UK history and part of the Prime Minister’s plan to level up communities with the future-proofed connectivity they will need for the next forty years.

Most of the gigabit-capable connections will be delivered through full fibre broadband cables. This provides the speed and reliability needed for several people to work from home, stream ultra high definition video content and play next-generation online games all at the same time.

The increase in speed will help accelerate the country’s recovery from Covid-19, fire up high-growth sectors such as tech and the creative industries, and enable people to start and run businesses online from anywhere in the UK.

In Scotland 3,600 premises in Aberdeenshire, Angus, the Highlands, Moray and Perth & Kinross will get access to much faster gigabit speeds thanks to an £8 million cash injection announced by the Chancellor in Wednesday’s Budget. Many more premises across Scotland will be announced in the months ahead.

"The latest stage of our £5 billion Project Gigabit plan will help hard-to-reach homes and businesses out of the broadband slow lane and plug them into the fastest and most reliable connections available.

"This investment is levelling up in action - building new internet connections in our rural communities so people have the speed, reliability and freedom to live and work flexibly, and take advantage of new technologies."

The hundreds of thousands of properties across ten English and six Scottish counties are not currently due for a gigabit upgrade from broadband companies or other public schemes. So the government is subsidising the roll out of new internet infrastructure capable of blistering download speeds of 1,000 megabits per second.

The specific locations to benefit in the areas announced today will be named when the contracts to deliver the connections are out to tender.

The Scottish premises were due to get access to superfast broadband through the Reaching 100% (R100) programme, a Scottish Government initiative which aims to deliver connections capable of 30 megabits per second to every home and business in Scotland. But thanks to £8 million of funding from Project Gigabit, agreed between the UK and Scottish governments, these homes and businesses will now get even faster gigabit-capable broadband instead.

The projects will help the government deliver its target for at least 85 per cent of the UK to have access to a gigabit-capable connection by 2025. The UK has already hit 57 per cent gigabit coverage, up from less than six per cent in 2019.