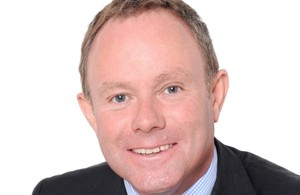 The Home Secretary has today (Thursday 14 January) announced the appointment of Nick Herbert (Lord Herbert of South Downs) as the new Chair of the College of Policing, following a robust open competition in line with the Governance Code on Public Appointments.

Lord Herbert has highly relevant experience, having served as Minister of State for Policing and Criminal Justice across both the Home Office and Ministry of Justice. In his position he introduced Police and Crime Commissioners and the College of Policing. He was previously Shadow Minister for Police Reform, Shadow Secretary of State for Justice and a member of the Home Affairs Select Committee.

He was MP for Arundel & Downs from 2005 to 2019, and in September 2020 he was created Lord Herbert of South Downs, taking the Conservative Whip in the House of Lords.

"I welcome Nick as the new Chair of the College of Policing – he will bring with him a wealth of experience and knowledge of policing and the criminal justice system.

"The College of Policing plays a vital role in delivering the training that makes our police force the best in the world, and is playing a crucial role in the recruitment of 20,000 additional police officers.

"I would like to extend my thanks to Christine for her part in leading the College through the challenging demands on policing in 2020."

"I am delighted to have been appointed to chair the College and very much look forward to working with the police service again.

"I drove the formation of the College nearly a decade ago because l believe it has a vital role to play in promoting leadership, setting standards and supporting the drive to reduce crime.

"I think it’s timely to begin with a fundamental review of the College, its effectiveness and place in the policing landscape. I want to ensure that the College fulfils its mission and is highly valued by every section of policing, from officers on the frontline to Chief Constables and Police and Crime Commissioners.

"This is a demanding time for policing but also an exciting one as we recruit 20,000 new officers. With new forms of crime and the advance of technology, it has never been more important to ensure that we have a well led, highly trained and skilled service.

"A priority will be to recruit a new Chief Executive, and I would like to thank Mike Cunningham for everything he has done to build the College and lead it through the challenging period of Covid."

Lord Herbert took up responsibility at the College from 1 January.