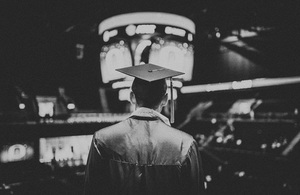 Universities should do more to support ex-service personnel and the children of servicemen and women who have lost their lives during duty, the UK Government has urged today (18 April).

In a joint letter to all UK universities, the Universities Minister and Defence Minister have called on institutions to step up and support those that have sacrificed the most, by signing up to the Armed Forces Covenant.

The Armed Forces Covenant aims to remove barriers faced by members of the armed forces community in accessing public services, including education. Only 57 of 136 UK universities have signed up to the Covenant to date, with just 3 of the 24 Russell Group universities pledging their support.

Universities can support the Covenant in a number of ways including ensuring admissions policies reflect the needs of the armed forces community, benchmarking military experience and qualifications against course entry requirements or having a presence at local careers fairs for those leaving the services.

The Ministers are also calling on universities to establish armed forces champions within each institution, which would be empowered to uphold the commitments of the Covenant, and to act as a first point of contact for the military community, service charities, and local businesses.

The call comes as the Department for Education confirms £5 million in continued funding for higher education schemes in England for the armed forces. The Service Leavers Scheme pays the tuition fees for ex-service personnel who have not studied higher education before, and the Armed Forces Bereavement Scheme provides university scholarships for children of those killed in the line of duty.

"We want everyone with the talent and potential, no matter their circumstances or background, to go on to university and thrive.

"The scholarships offered by these two crucial higher education schemes empower those who have fought for our country, or whose parents have paid the ultimate sacrifice.

"Nearly 60 of our universities have signed up to delivering the Armed Forces Covenant, which provides rights for veterans and their families to access education, and I know universities such as Winchester have long had outreach programmes with their local armed forces communities. I’m sure all universities will wish to consider the benefits of being a civic university that supports armed forces families in their communities, which is why I have written urging them all to actively consider signing up to the Covenant."

"Signing the Armed Forces Covenant is a fantastic way to show support for our former and current service men and women, as well as their families. Thousands of businesses and organisations have already pledged to make a difference, and I’m pleased that so many of this country’s universities have already followed in their footsteps - with the Universities of South Wales and Lincolnshire and London South Bank University receiving awards last year for their work supporting the military community.

"Today, I want to make sure that all universities understand the value of supporting our armed forces and their families, and I encourage them to step up and sign our pledge."

The participation rate for young people from military service families in higher education is 24 per cent, according to research by the University of Winchester. This compares with a rate of approximately 43% for the overall population.

Universities which have already signed up to the Armed Forces Covenant are leading the way with support for military personnel and their families, pledging to support those who wish to serve in the armed forces as Reservists, and offering flexible leave before or after deployment to personnel and their partners.

Some universities have also included Service children as a target group in their Access and Participation Plans, which all English universities will be drawing up this year for implementation in 2020/21.

The University of Winchester leads a number of initiatives to support children from military families to progress in education, including developing resources for higher education providers to use in outreach activities.