The ceremony at Permanent Joint Headquarters, North London, was the first public medal presentation for those involved in one of the largest and fastest humanitarian evacuation operations in military history 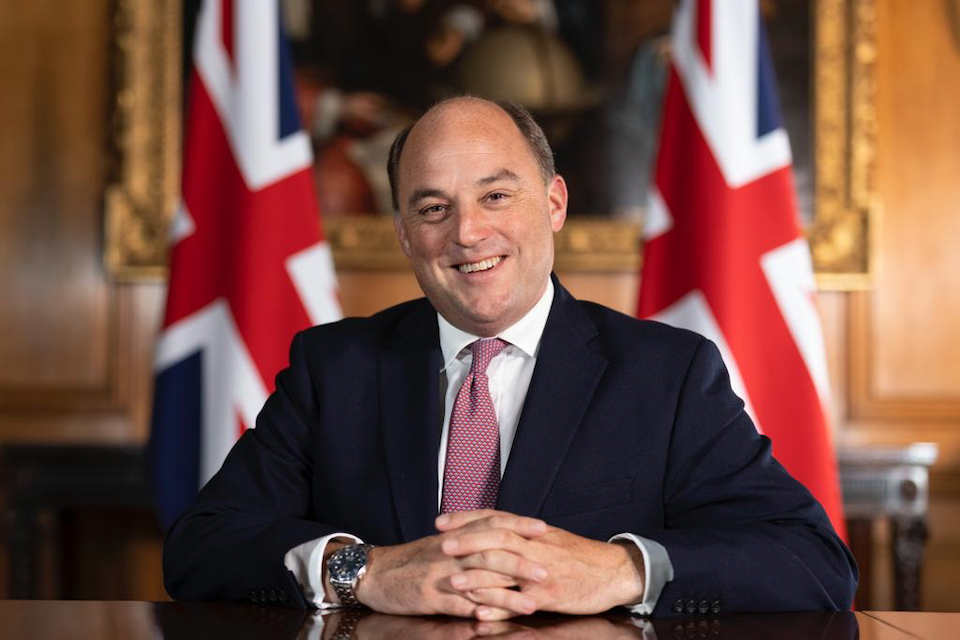 Today we mark your amazing achievement in Op PITTING. We should also be grateful to some of the people who aren’t here or who have moved on in their posting, for example Admiral Ben Key. I had the privilege of working with him here when he was CJO. And General Charlie, who was back-up in Main Building.

You went halfway around the world into a situation that no one knew how it was going to develop, day by day. The intelligence was patchy, to say the least, and friendly forces that many of you over the years had worked with had disappeared, dissipated, and some of them had tragically lost their lives in the previous months.

Many of you would have been inundated with WhatsApps and emails. I spoke to the ops officer for one of the parachute regiments yesterday who, as he was doing his job, his emails were filling up with former colleagues asking: “Can you help get my friend out?”

It’s not easy when you’ve got to be focused on another job, which is protecting the people you’ve deployed with, and indeed, getting people out. The achievement was significant.

The amazing control that many of you showed outside the gate, recognising you can’t just hide behind the walls, but you have to get out there amongst it. The tolerance that you showed towards people who many of you knew weren’t coming back.

But I think you did a tremendous job, something to be very, very proud of. I’m immensely proud as Defence Secretary that you are part of the team that I get to lead. And I think Britain’s reputation was stronger after the fact.

I’m also immensely proud that from time to time, I meet some of the Afghans that we brought back and we’re still bringing back - over 2,000 since Op PITTING. And that number is continually growing every week, from countries who help us either publicly or privately, to get these people to safety, and back to this country.

I think our next duty is to make sure that the links with these people are not broken, and that we continue to help them with their jobs and their future and becoming fully paid-up members of British society.

You helped close the circle for many of our veteran communities who were scarred by their experiences, by bringing back and then standing by those Afghans. You helped some of them deal with the very difficult position of leaving Afghanistan after all those years. And for that, I’m truly grateful. Thanks very much.