2018 will be the Year of Engineering 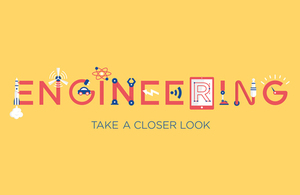 This is part of a year-long campaign to tackle the engineering skills gap and widen the pool of young people who join the profession.

Today, Thursday 16 November, the government announced that 2018 will be the Year of Engineering, a national campaign to increase awareness and understanding of what engineers do among young people aged 7-16, their parents and their teachers.

The UK Space Agency will be supporting the campaign by funding a series of education and outreach projects designed to inspire interest in science, technology, engineering and mathematics (STEM).

The seven new projects will receive £210,000 of funding. They include Monitoring the Environment, Learning for Tomorrow (MELT) which will allow students to understand and analyse key earth observation data relating to the North and South Pole.

Another project will see the Agency working with the Design and Technology Association to develop a series of curriculum-based resources which will use the design and technology curriculum as a platform to motivate more young people to consider careers in the space industry.

These projects build on the success of the education programme supported by the Agency which was linked to Tim Peake’s Principia mission to the International Space Station. Over 1.6 million young people in nearly 10,000 schools across the UK took part in one or more of the projects, which covered a range of topics from food science to plant biology and from exercise to programming computers in space.

The Agency is also funding a programme of interactive activities in science and discovery centres across the UK, designed to introduce young children and their families to the work of engineers and scientists engaged on some of Britain’s most exciting space missions including the James Webb Space Telescope (the successor to Hubble) and the ExoMars mission that will carry a UK-built rover to Mars in 2019.

You can support the Year of Engineering by highlighting some of the many different ways that individuals and organisations can #inspireanengineer on social media – follow the hashtag on Twitter to find out more.

To kick off the year of engineering, we have published issue 48 of our SpaceUK magazine.

The latest edition is packed with interesting content, including features on the UK’s role in the space emergency service, a mission to remove space debris, and a celebration of the Cassini Huygens mission.