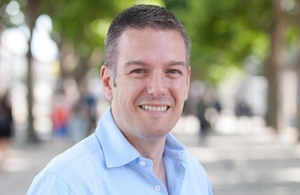 Home Secretary Priti Patel has today (23 June 2020) welcomed the appointment of Professor Brian Bell as the new chair of the MAC.

The MAC is an independent non-departmental public body sponsored by the Home Office that advises the government on migration issues.

Professor Bell was appointed interim chair of the MAC on 17 March 2020 and has been a member since 6 February 2018.

He is a Professor of Economics at King’s Business School within King’s College London and has previously worked at both the International Monetary Fund and the Bank of England.

"I congratulate Professor Bell on his appointment as chair of the Migration Advisory Committee and welcome the wealth of experience he will bring to the role."

Professor Bell will start his new role on 1 July 2020 and has been appointed on a 3 year term following a rigorous recruitment process in line with the Governance Code on public appointments, regulated by the Commissioner for Public Appointments.

"I am delighted to have been appointed chair of the Migration Advisory Committee and look forward to leading this distinguished team of experts."

Professor Bell’s appointment follows the expiry of Professor Manning’s tenure as chair of the MAC.