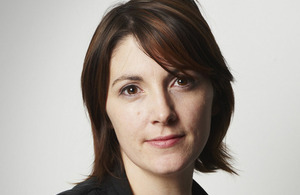 The Cabinet Secretary, with the approval of the Prime Minister, has today announced that Helen MacNamara, currently the Director General for Housing in the Ministry of Housing, Communities and Local Government, will be appointed to the role of Director General, Propriety and Ethics Team in the Cabinet Office.

The role oversees the provision of advice to all government departments on standards and ethics issues, corporate governance in public bodies, and manages public appointments. The purpose of the role is to ensure the highest standards of propriety, integrity and governance within government.

Helen will take on the role in May when Sue Gray, the current Director General for the Propriety and Ethics Team, moves to the Northern Ireland Civil Service to begin her role as Permanent Secretary.

"I am delighted to announce Helen’s appointment to the role of Director General of the Propriety and Ethics Team. She is a highly experienced civil servant who has worked in many senior roles across government. Her appointment will bring a wealth of knowledge and understanding of how government works, that will assist her in this crucial role.

"I would also like to take this opportunity to thank Sue Gray for her outstanding contribution. She has shown extraordinary commitment and integrity in this challenging role. She has earned huge respect and admiration across government for her wise counsel, strong leadership and excellent judgement. I wish her all the best in her next position."

"I am delighted to be returning to the Cabinet Office to take on this important role. I’m looking forward to building on the excellent work of Sue Gray, and supporting the Prime Minister and Cabinet Secretary in upholding the highest standards of integrity and propriety within government."

This appointment has been agreed by the Prime Minister, and follows an extensive recruitment competition.

Helen MacNamara has been Director General, Housing in the Ministry of Housing, Communities and Local Government since July 2016.