99.9 per cent of schools open for start of autumn term

New official figures show almost every school in England has opened for the start of the autumn term, following months of hard work and dedication from staff 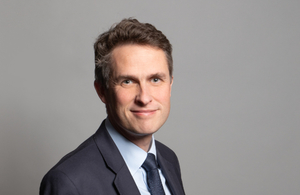 More than seven million children and young people were back in the classroom last week, representing 88 per cent of pupils across the country.

On average 95.3 per cent of pupils attended school in the 2018/19 academic year, although differing data collection approaches mean the two figures are not directly comparable.

The Department for Education is working closely with all schools that are not fully open to ensure remote education is in place for the children who are unable to attend in person, and to ensure schools are only sending those home to self-isolate who have had close contact with a confirmed case of coronavirus.

Less than 0.1 per cent of schools are completely closed, with local public health protection teams working to support them to reopen as soon as possible. These temporary closures reflect exceptional circumstances such as cases amongst staff members at very small schools.

"The best place for children and young people to learn is in the classroom, and it’s encouraging to see that last week more than seven million pupils were back with their classmates and teachers at schools around the country.

"I do not underestimate the work staff have done to put in place the protective measures required to reduce the risk of transmission. But as the UK’s Chief Medical Officers have already made clear, the risk of catching coronavirus at school is low, meaning that the wider risks to children being out of school is, in fact, far greater.

"The fact that the vast majority of our schools are fully open is testament to the hard work of staff throughout the summer holidays in preparing for a safe return. I cannot thank them enough for all that they have done, and for the tremendous resilience they have shown and continue to show every day. We’ll also continue to work with schools, LAs and parents to make sure as many children as possible attend school."

Schools that have reported being fully open have 90 per cent of pupils currently attending, with pupil absence partly due to self-isolation in line with public health advice, following suspected or confirmed cases outside of school settings. Attendance figures include pupils absent for both Covid-19 and non-Covid-19 related reasons. Today’s figures are a further reflection of the growing parental confidence around children returning to schools. We continue to encourage families to ensure where possible that their children are returning to the classroom, which is the best place for their education, development and wellbeing.

Week on week a minority of schools are expected to remain open only to some pupils, where they are following published guidance on how to handle a positive case.

If a positive case at a school or college is confirmed, swift action is being taken to ask those who have been in close contact with them to self-isolate. Public Health England’s local health protections teams are continuing to support and advise schools in this situation.

Children who are self-isolating will receive remote education, and the Department is making available an initial additional 150,000 laptops and tablets to schools, academy trusts and LAs for disadvantaged children in years 3 to 11 whose education is disrupted this term.

Attendance statistics will be published on a weekly basis throughout this term, looking back at the previous school week.