Homes will be made available in every region of England, enabling people who sleep rough to be rehoused in secure, long-term accommodation 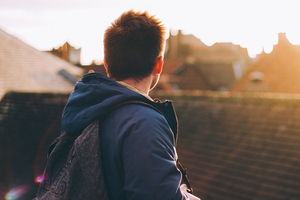 • Councils able to bid for share of multi-million pound funding for long-term, supported homes
• 6,000 new homes pledged by the end of this Parliament
• Specialist staff will offer mental health and substance misuse treatment, to help rough sleepers recover and move on

Thousands more rough sleepers will be helped to rebuild their lives away from the streets thanks to a multi-million-pound investment in dedicated homes launched today (18 March 2021) by the Housing Secretary Robert Jenrick MP.

Homes will be made available in every region of England, enabling people who sleep rough, or at risk of sleeping rough, to be rehoused in secure, long-term accommodation. This will provide some of the most vulnerable in society with a place to live and help them to rebuild their lives as they transition away from life on the streets.

Through this scheme, rough sleepers will be supported by specialist staff to access the help they need, such as support for mental health or substance misuse needs, so they can move towards training and work, and finding a permanent home.

This funding is the next stage of the largest-ever investment in longer-term accommodation for rough sleepers, with 6,000 homes pledged by the end of this Parliament as part of the government’s mission to end rough sleeping once and for all.

The Ministry of Housing, Communities and Local Government is leading a cross-government drive to eliminate rough sleeping by the end of this Parliament – with £750 million being spent over the next year to tackle homelessness and rough sleeping.

"Since the start of the pandemic, we made it a priority to protect rough sleepers through our ongoing Everyone In campaign, which has supported more than 37,000 people into long-term accommodation.

"To build on this progress we are making the biggest ever investment in longer-term accommodation for rough sleepers so they can have a secure, safe and comfortable home and rebuild their lives.

"Councils have played an outstanding role in protecting rough sleepers throughout the pandemic and today’s funding is a further opportunity to work together to achieve our mission of ending rough sleeping once and for all."

"Looking back at an incredibly challenging 12 months, everyone who has helped protect rough sleepers, including councils, charities, housing providers and support groups, should be immensely proud of the role they have played in our internationally recognised response.

"This new funding will play a vital role in maintaining this progress, with long-term, secure homes providing a safe place to live so that rough sleepers do not have to return to our streets."

"It is vital that we build on the success of councils, government and partners in getting rough sleepers off the streets during the pandemic and make this the new normal rather than a one-off emergency response.

"This investment will help to transform the lives of people sleeping rough and ensure they get the crucial support they need and a roof above their head.

"Councils stand ready to play their part in the cross-government drive to end rough sleeping altogether and make sure no-one suffers the tragedy of becoming homeless."

The government’s unprecedented Everyone In initiative was launched by the Housing Secretary at the start of the pandemic to protect rough sleepers – some of the most vulnerable people in our communities – and has so far supported 37,000 individuals, with more than 26,000 already moved on to longer-term accommodation.

Through the first year of the Rough Sleeping Accommodation Programme, the government allocated more than £150 million, as well as investing in high-quality support over the next 3 years, so that vulnerable people helped through the programme can maintain their tenancies and move on from rough sleeping.

Councils are invited to bid for a share of the £212 million funding for the next 3 years as part of a total £433 million investment in safe, long-term, stable and supported housing for rough sleepers.

Bristol City Council received funding for a partnership with St Mungo’s which will deliver 21 homes for former long-term rough sleepers supported through the ‘Everyone In’ campaign. The new tenants are being supported to sustain their tenancies by St Mungo’s specialist support workers.

St Helens and Torus Housing are delivering 28 quality homes for rough sleepers renovated from the shell of long-term, unlettable flats. Tenants will benefit from the high standard of accommodation and the garden space provided as part of the development, with homes allocated to either current or former rough sleepers.