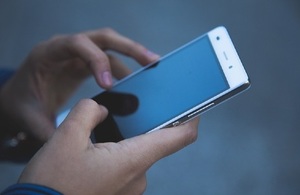 He confirmed that the Chief Medical Officer (CMO), Professor Dame Sally Davies, is reviewing the impact that excessive social media can have on children’s mental health.

The CMO will draw up guidance to help parents ensure children don’t use social media in a way that harms their mental health.

The guidance will include what age a child should be allowed to sign up to a social media account, and how often they should have access.

The CMO’s review will also cover:

• cyberbullying
• online gaming where there is a social media aspect
• sleep problems
• problematic internet use, also known as ‘internet addiction’

Dame Sally will publish interim findings from the review in December.

Evidence shows that children who spend more than 3 hours using social networking websites on a school day are twice as likely to report high or very high scores for mental ill-health.

The government has made children and young people’s mental health a top priority in the NHS, and is half way through a major programme to improve access to specialist NHS services, supported by £1.4 billion of funding.

While the Health and Social Care Secretary welcomes the progress some social media companies have made, there is much more to do.

Next year, the Department of Health and Social Care (DHSC) will work with the Department for Digital, Culture, Media and Sport (DCMS) to launch an online awareness campaign to raise awareness of all existing information and tools for parents on limiting their children’s screen time.

Matt Hancock is also continuing to engage with his ministerial colleagues at DCMS and the Home Office around their upcoming Online Harms white paper.

The Secretary of State for Health and Social Care said:

"Overwhelmingly technology is a force for good, but we are seeing more and more evidence that children using social media sites for hours on end each day is having a detrimental impact on their mental health.

"I want to empower parents to keep their children safe in the digital age which is why I’ve asked the Chief Medical Officer to draw up helpful guidance to allow them to make an informed choice."

"Mental health is just as important as physical health and should be treated as such.

"I recognise there is concern amongst parents about the impact of social media on their children’s mental health so I am conducting a thorough evidence review and will draw up advice to help empower parents and provide clarity."