The Home Office accepted all 4 of the Chief Inspector's recommendations 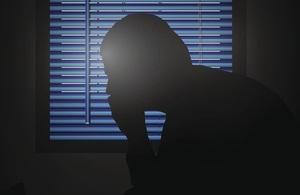 "How well the Home Office’s Borders, Immigration and Citizenship System (BICS) recognises and responds to the needs of vulnerable individuals is a test not just of its competence but also of its capacity for compassion, both of which have been questioned in recent months.

"Over the past couple of years, a number of my inspections have focused on vulnerable ‘groups’. I have reported on the identification and treatment of Potential Victims of Modern Slavery (PVoMS) at the border, on the Vulnerable Persons Resettlement Scheme (VPRS), on the workings of the asylum process including the provision of asylum accommodation, and on the Home Office’s consideration of the ‘best interests’ of unaccompanied asylum-seeking children. I have also looked at the Home Office’s handling of family reunion applications.

"This latest report explores both the overall BICS approach to vulnerability and what is happening on the ground when Border Force, UK Visas and Immigration (UKVI), and Immigration Enforcement (IE) encounter vulnerable adults. From this and the earlier inspections, I am in no doubt that the BICS Board, senior management, and the majority of staff are serious about improving the protection provided to vulnerable individuals. A good deal of effort is already targeted at particular, well-delineated ‘cohorts’, such as children and PVoMS, and other vulnerability-focused work is ongoing across BICS to improve training, raise awareness, and capture information.

"However, much remains to be done to develop a consistent understanding of what is meant by ‘vulnerability’ in a BICS context, and the appropriate response, and progress is too slow.

"This report was sent to the Home Secretary on 20 August 2018. Its four recommendations cover: creating a detailed Programme Plan for delivering an effective response to the vulnerability and safeguarding challenges facing BICS; reaching out to other agencies with greater knowledge and expertise in dealing with vulnerable individuals; spelling out to BICS staff their ‘duty of care’ when they encounter vulnerable adults; ensuring that how each of the BICS directorates assesses and manages risk in relation to vulnerable individuals is fully aligned with the departmental goal of “Protecting Vulnerable People and Communities”.

"I am pleased that the Home Office has accepted all four recommendations and look forward to checking on its progress in the course of inspections and re-inspections of BICS’ handling of various forms of vulnerability planned for 2019-20."