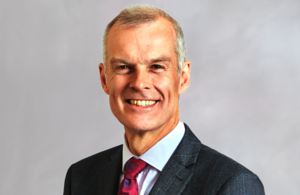 Stephen Lightfoot has been appointed as the Agency’s new Chair from 1 September 2020. He succeeds Prof Sir Michael Rawlins GBE, Kt who has been the Chair of the Agency Board since December 2014.

"I feel very privileged to have been appointed as the fourth Chair of the MHRA Board and to follow in the illustrious footsteps of Sir Alasdair Breckenridge, Sir Gordon Duff and Sir Michael Rawlins, as we embark on the next chapter for the Agency.

"The Agency has a world class reputation and my ambition is for us to become an “enabler” in the UK health system by developing new regulatory processes which are proportionate, evidence-based and transparent, so that patients can gain earlier and safer access to new medical products than ever before."

"It has been my honour to chair an Agency whose work touches the lives of everyone in the UK and which makes a major contribution to safeguarding public health across the UK and beyond. This has been clearly demonstrated over recent months with our staff using their wealth of talent and commitment to deal with the COVID-19 pandemic."