Royal Appointment of Her Majesty’s Chief Inspector of Prisons 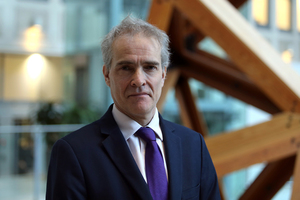 The Secretary of State and Lord Chancellor, Rt Hon Robert Buckland QC, has announced the Royal Appointment of Charlie Taylor as the Chief Inspector of Prisons (HMCI Prisons) for a tenure of three years. His appointment will commence on 1 November 2020 and run until 31 October 2023.

Mr Taylor’s appointment follows a report from the Justice Select, Committee into his suitability for the role, published on 17 September, and a public hearing with the committee held on 15 September.

Her Majesty’s Inspectorate of Prisons

Her Majesty’s Inspectorate of Prisons is an independent inspectorate. The Chief Inspector reports directly to Ministers but operates independently of Government and the services under its scrutiny. The Chief Inspector has a duty to report on conditions for and treatment of those in prison, young offender institutions, secure training centres, immigration detention facilities, police and court custody suites, customs custody facilities and military detention in England and Wales.

Mr Taylor has over twenty-five years’ experience within education and has a longstanding interest in youth justice.

Mr Taylor is an adviser to the Department for Education (DfE) on the development of new school-based behaviour hubs. Prior to this, Mr Taylor was the Chair of the Youth Justice Board, and in 2019 he conducted an independent review into the use of pain inducing techniques in the Youth Secure Estate. In 2015, Mr Taylor was commissioned by the Ministry of Justice to conduct a review into the Youth Justice System in England and Wales. In 2012, Mr Taylor was the Chief Executive Officer at the National College for Teaching and Leadership (NCTL), and in 2011-12, he acted as an Expert Advisor to the DfE on children’s behaviour.