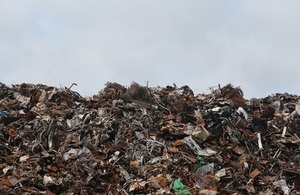 Individuals, businesses and campaign groups have expressed overwhelming support for action on tackling the impact of plastics on our environment.

The backing comes as HM Treasury publishes the summary of responses to its recent call for evidence on how tax can be used to reduce plastic waste. The call attracted an unprecedented 162,000 responses, the highest in the Treasury’s history.

The Chancellor, Philip Hammond, has reiterated the department’s commitment to take action through the tax system to reduce the amount of single-use plastic waste. The views received will help inform and shape the government’s approach ahead of this year’s Budget.

Measures which received noteworthy public support and are being considered include using the tax system to:

• encourage greater use of recycled plastic in manufacturing rather than new plastic
• discourage the use of difficult to recycle plastics, like carbon black plastic
• reduce demand for single-use plastics like coffee-cups and takeaway boxes
• encourage further recycling as opposed to incineration

"Tackling the scandal of plastic pollution is one of our top priorities and we know the public is right behind us. I’ve been overwhelmed by the public support and the responses we’ve received will be invaluable as we develop our plans for using the tax system to combat this.

"Our duty to leave the environment in a better state than we found it is absolutely clear and what we’ve set out today is another important step to ensuring a cleaner, greener future for Britain."

"Surfers Against Sewage is delighted with the huge public response to the Treasury’s recent call for evidence on how the tax system could be used to reduce plastic waste, which many of our supporters responded to.

"This is a clear indication of the public appetite for more fiscal interventions to help reduce plastic pollution littering our environment, from inner-city streets and countryside to our oceans."

The Treasury is also looking at how it could further support measures to fund the development of new, greener products and innovative processes that will help ensure a more sustainable future for the country.

This work forms part of the government’s overall commitment in its 25 Year Environment Plan to eliminate all avoidable plastic waste. It builds on the recently announced £20 million plastics innovation fund – to support the production of sustainable and recyclable plastics – and follows the £61.4 million announced by the Prime Minister to be invested in tackling plastic in the world’s oceans.