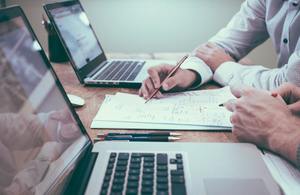 The Cabinet Office has published guidance which will inform departments how to review their public bodies.

The Public Bodies Review Programme delivers on commitments made in the Declaration on Government Reform to increase the effectiveness and efficiency of public bodies and will look to identify a minimum of 5% savings for each organisation.

""Taxpayer’s money should be spent efficiently and on worthwhile areas.

"It’s right then that we should always look at public organisations and whether they are delivering for the British people."

Departments will be asked to review their public bodies to:

Arm’s length bodies now spend over £220 billion a year and employ over 300,000 people. It is expected that reviews will deliver average savings of at least 5%, or one in every twenty pounds spent, across the public bodies under review.

These reviews build on action already taken by the Government. The National Audit Office recently reported that since 2010 the Government has reduced the number of ALBs by a third between 2010 and 2015, saving around £3 billion annually in administrative costs. The number of ALBs identified in the Cabinet Office has fallen again from 463 to 295 between 2016 and 2019.