Chancellor of the Exchequer, Rishi Sunak on economic support for the charity sector 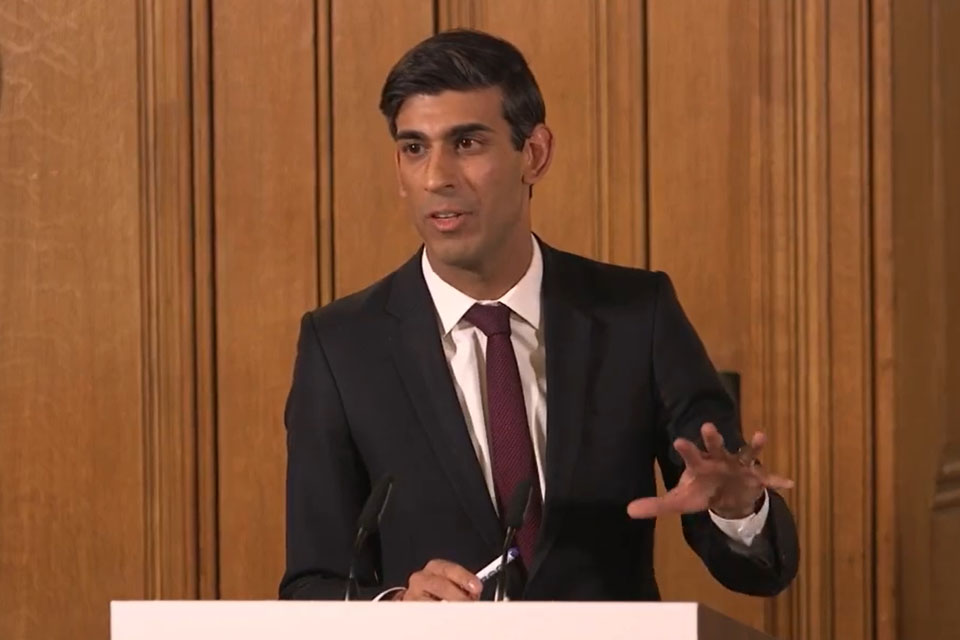 Let me start by reminding everyone about our step-by-step action plan to defeat coronavirus.

At every step of this process, we have followed the latest scientific and medical advice.

Our goal is to slow the spread of the virus and protect the ability of the NHS to cope.

And we have told people to stay at home, so that we can protect lives and protect the NHS.

Our thoughts are with the families and friends of those who have passed away.

People I’m sure will also want an update on the Prime Minister’s health. Heis receiving excellent care from the NHS team at St Thomas’s.

The latest from the hospital is that the Prime Minister remains in intensive care, where his condition is improving.

I can also tell you that he has been sitting up in bed and engaging positively with the clinical team.

The Prime Minister is not only my colleague, my boss but my friend; my thoughts are with him and his family.

The news about the PM reminds us how indiscriminate this disease is.

Nearly everyone in the country will know someone who has been affected – friends, family, neighbours, colleagues.

This is a terrible virus that respects no boundaries of status or geography or vocation.

But we are not facing it alone.

We are all taking part in a collective national effort to protect the vulnerable and each other, to secure our public services, and to save lives.

This endeavour is underpinned by an important, simple idea – that we depend on each other.

When you need it, when you fall on hard times, we will all, as one society, be there for you.

This idea has been central to all of our efforts to support people and businesses during this crisis.

We promised to do whatever it takes, and I am striving every day to keep that promise.

But when I say that we all depend on each other, I don’t just mean the relationship between individuals, businesses and the state.

One of our greatest strengths as a country is our civil society.

The local charities who provide so much compassion, care and community to the most vulnerable in our country.

You have not been forgotten.

British people, businesses and foundations are already doing their part to support our charity sector.

And today, we in government will do our part, as we build on our plan for the economy with a plan to support our social fabric.

There are nearly 170,000 charities in this country; and the truth is that we will not be able to match every pound of funding they would have received this year.

Charities can already use many of our existing schemes to support people and protect their staff.

All charities are eligible for the job retention scheme, and in line with medical advice, and just like any other employer…

…the right answer for many charities will be to furlough their employees..

But some charities are on the front line of fighting the coronavirus, and others provide critical services and support to vulnerable people and communities.

For them, shutting up shop at this moment would be to contravene their very purpose; their entire reason to exist.

Those charities have never been more needed than they are now; and they’ve never faced such a sudden fall in their funding.

So today I am announcing £750 million of funding for the charity sector.

£370 million of that funding will support small, local charities working with vulnerable people.

We all know who they are; those small charities in our villages, our market towns, in pockets of our cities…

…the unsung heroes looking after the vulnerable and holding together our social fabric.

In England, this support will be provided through organisations like the National Lottery Communities Fund.

And we will allocate £60 million of this funding through the Barnett formula to Scotland, Wales and Northern Ireland.

The UK government will also provide £360 million directly to charities providing essential services and supporting vulnerable people, as we battle the coronavirus.

Up to £200 million of those grants will support hospices…

…starting with at least £20 million to the National Emergencies Trust appeal.

Two short weeks ago I spoke of the need for kindness, decency and the sort of neighbourliness that is at the heart of these charitable and community efforts.

The normally invisible connections between us have, in recent weeks, become more apparent.

For most of us, we spend our lives oblivious to these connections, these bonds, and how our behaviours, however small, can have a dramatic effect on others.

But these bonds are not invisible for our local charities.

For the volunteer keeping victims of domestic violence safe.

For the outreach worker helping a rough sleeper find a bed.

Or for the support worker manning the phones to help stave off the heart wrenching loneliness so many of our elderly relatives and friends will be experiencing right now.

These connections might be hard to see, but they are there, and they are strengthened by our compassion for others.

And their lesson is that the simplest acts have the potential to change lives.

At this time, when many are hurting and tired and confined, we need the gentleness of charities in our lives.

It gives us hope.

It makes us stronger.

And it reminds us: we depend on each other.

Today was about supporting charities, who are a critical part of the social fabric of this country.

It builds on the economic plan we’ve already announced:

To protect people’s health and economic security, by supporting public services like our NHS, backing business, and protecting people’s jobs and incomes.

And I would conclude by saying this:

Our economic plan, and the plan for charities I have announced today, are built on one simple idea: that we depend on each other.