A14 Cambridge to Huntingdon scheme, Britain’s biggest road-building project, is opening for traffic eight months ahead of schedule 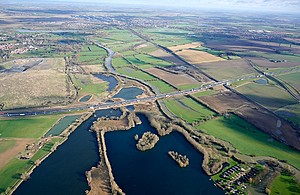 The upgraded road was originally planned to open to traffic by December 2020, but now the last of the 24/7 roadworks have been removed and the new lanes are available for traffic, eight months ahead of schedule.

The £1.5 billion A14 Cambridge to Huntingdon scheme will transform journeys on the A14 in Cambridgeshire, shaving up to 20 minutes off journeys and strengthen links between the Midlands and the East of England – vastly improving access to and from the UK’s largest container port at Felixstowe.

"This upgrade is a key addition to our national infrastructure, better linking the North of England and the Midlands to the East of England and to the Haven ports. It also brings economic benefits to the wider region and local towns and communities.

"Being able to open it more than six months early and on budget shows what the UK construction industry can achieve with an integrated client team, common goals and targets, and a shared vision of success.

"I would like to thank everyone across Highways England and our supply chain for their contribution to this project as well as road users, residents and stakeholders for their patience and support during the work."

"Our roads are more important than ever as we work to keep Britain moving, and I’m delighted that this key stretch of road will benefit drivers even sooner than planned.

"The upgrade will deliver faster, easier journeys for those travelling between Cambridge and Huntingdon, and will also improve links to the UK’s largest container port at Felixstowe - further bolstering our efforts to move goods around the UK at this critical time."

Today Highways England confirmed the work to upgrade the A14 between Cambridge and Huntingdon has largely been completed, which means the permanent roadworks have been removed and the national 70mph speed limit has been restored.

Further work in the road verges, including completing landscaping as well as cycle, horse riding and pedestrian paths, will continue. To carry out the remaining work safely, some temporary overnight closures or off-peak daytime lane closures will be needed. 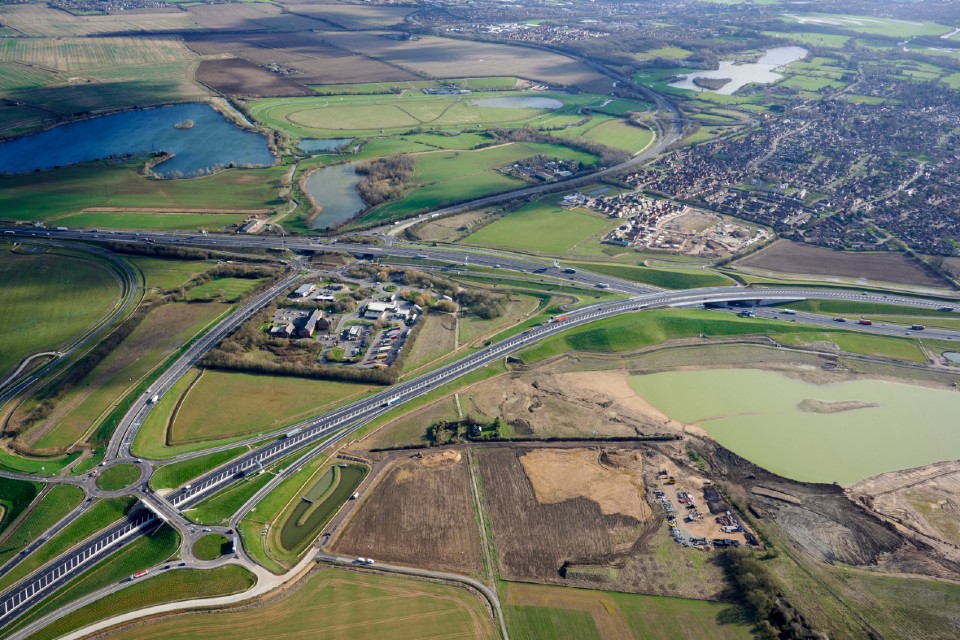 Work to transform the old A14 for local journeys in and around Huntingdon, including taking down the 45-year-old Huntingdon viaduct, is also continuing as planned and should be completed by 2022. Work began to dismantle the 16,400 tonne A14 Huntingdon Railway Viaduct following the opening of the Huntingdon southern bypass, and more than half a mile of new link roads are being built into the town.

A stretch of the 21-mile scheme – a new 12-mile bypass south of Huntingdon – was opened in December 2019, a whole year early. Already, the bypass has been used to make almost 12 million journeys.

Essential work on the upgrade has continued throughout the Coronavirus outbreak, with new sections of road opened as quickly as possible, to ensure vital goods were able to travel through. A number of measures were also put in place to ensure work was completed safely and in line with Public Health England’s advice. Government advice to only make essential journeys to prevent the spread of Coronavirus remains in place.

Work on the project began in November 2016, and has employed over 14,000 people in total, with up to 2,500 working on site during the project’s peak. Building the new road took 14 million construction hours – the equivalent of almost 1,600 years.

Besides the Huntingdon southern bypass, the project includes an upgrade to the A14 between Swavesey and Milton, and a new road for local communities, the A1307, which runs parallel to it between Cambridge and Godmanchester. Approximately 24 miles of new routes for cyclists, walkers and horse riders are also included in the scheme. 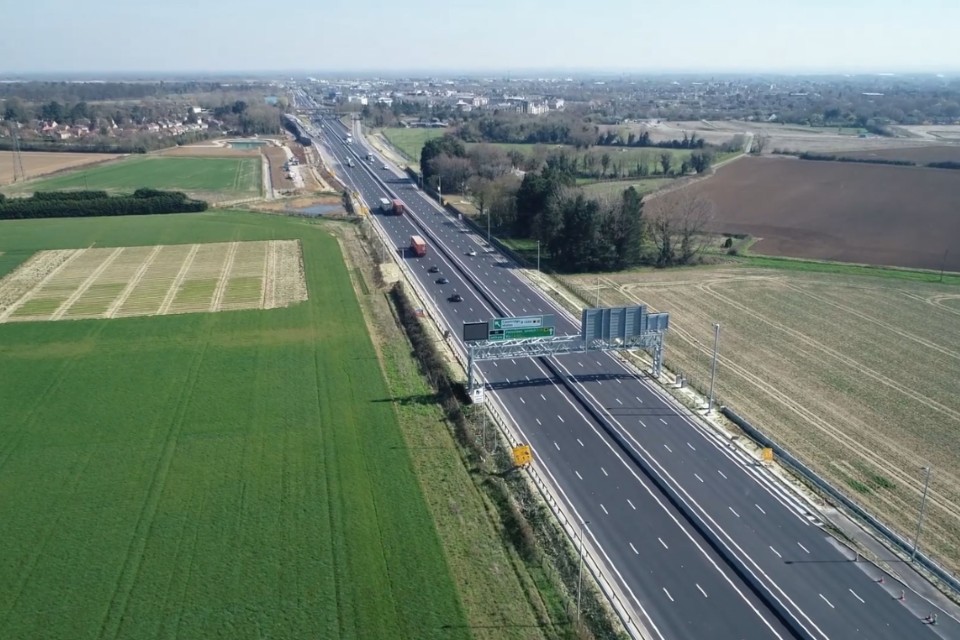 21 miles of the A14 have been upgraded as part of this £1.5 billion scheme

The A1307 east of Huntingdon and along the Alconbury spur, and part of the A141 west of Huntingdon, both of which use the path of the old A14, will be handed over to Cambridgeshire County Council once the project is completed.

For the latest information about the A14 Cambridge to Huntingdon improvement scheme, including advance notification of road closures, visit our web page, follow @A14C2H on Twitter or like the scheme Facebook page at www.facebook.com/A14C2H/.