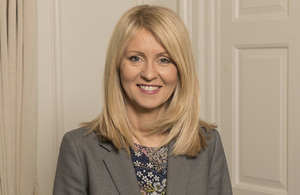 Pensions have suddenly become interesting, with savings now the topic of conversation. There is most definitely a pensions revolution taking hold. And this can only come about as record numbers of people feel empowered to save, businesses feel confident to support their employees to save, and government assists this to happen through the automatic enrolment scheme.

Statistics published this week revealed more people than ever before are saving into a workplace pension. Membership of occupational schemes reached a record high of 41.1 million in 2017 – up a staggering 49% in just 5 years.

The transformation is even starker when you look at the numbers paying in to a private sector pension, with active members of pension schemes soaring to a high of 8.8 million in 2017. 81% of eligible workers were participating in a workplace pension last year, up from a low of 42% 6 years ago.

The people behind the remarkable statistics are the young, lower earners, and women. Record low youth unemployment has shown that not only are thousands more young people moving into work, but they are thinking ahead to their future too. In 2017, around 8 in 10 of eligible 22 to 29 year olds in the private sector were enrolled into a workplace pension; that figure was a meagre 24% in 2012.

The proportion of private sector workers earning between £10,000 and £20,000 who are participating in a workplace pension has risen from 2 in 10 prior to automatic enrolment to more than 7 in 10 in 2017. And private sector pension participation amongst women has doubled, reaching four out of five eligible female employees – something we’ve achieved in parallel with a record increase in female employment.

These groups, who were previously putting away little or nothing for their futures, are now embracing automatic enrolment.

Our reforms have allowed for planned, gradual, increases in contribution rates, which starting modestly, have already gone up to five per cent, and will rise again to 8 per cent from April next year. This phased approach is the right one if we want to bring about long-lasting behavioural change which breathes new life into the nation’s retirement prospects.

With unemployment at a record low, millions more people are moving into work – 1,000 people a day since 2010. And these figures show that once they’ve got a job, they are putting money aside for their futures.

Our reforms are supporting people to make these changes, showing we are returning to a society of savers where individuals are in control of their own money.

Read the Occupational Pension Schemes Survey on the Office for National Statistics website.

From:
Department for Work and Pensions
The Rt Hon Esther McVey