Bradford children's services to be placed into Trust

New trust set up to run services for vulnerable children and families in Bradford, following recommendations made by Commissioner 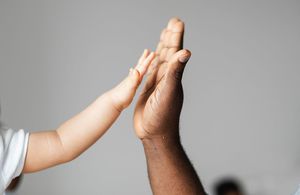 Bradford’s children’s social care services are set to be lifted into a Trust that will drive rapid improvements, following recommendations made to the Education Secretary by the Children’s Services Commissioner in Bradford.

The not-for-profit trust will be owned by Bradford Council but operate at arms-length under the control of a new independent Chair and Board of Directors.

The decision follows positive and collaborative discussions with leaders at Bradford Council, who have voluntarily agreed to the move in recognition of the challenges it has faced since its children’s services were rated inadequate by Ofsted in 2018.

The collaborative, council-owned trust model has been used in several other local areas, including most recently in Sunderland, one of the most deprived councils in England, where services went from inadequate to outstanding in three years.

"Keeping vulnerable children safe from harm is non-negotiable. Where a council is not meeting its duty to do this, we will take action to protect children and put their needs first.

"It’s clear from the recommendations made by the Commissioner in Bradford that the council needs support to improve and so I’m pleased that Bradford council have agreed to establish a new trust that will bring positive change for the council and independent oversight that drives improvements.

"This is an important moment for children and families in Bradford, and for social workers and other professionals who want to create meaningful and effective relationships with them. These professionals take highly complex decisions each day to protect children, and I am grateful for the effort that goes into each one."

While the new trust is established, an independent non-executive commissioner will also be appointed to lead the council through this transition period, to create immediate change for children and young people in Bradford. The trust will work closely with council leaders but will remain operationally independent.

His review set out to identify immediate and ongoing improvements, recommend any additional support to deliver those improvements, and assess the Council’s capacity and capability to improve itself or whether an alternative arrangement should be put in place. It notes that leaders in Bradford recognise the challenges for children and young people in Bradford and ‘acted promptly’ to ensure children’s services have the resources required for improvement and that recent progress had been made – however, it concluded that the council lacked the capacity and capability to improve services at pace on its own and recommended an alternative delivery model to support improvement in services and outcomes for vulnerable children in Bradford’s care.

Since May 2010, where the Government has provided support, 51 local authorities have been lifted out – and stayed out - of intervention, including eight trusts set up to run children’s services that had been underperforming.

The Children’s Commissioner for Bradford council conducted his review of the council’s children’s services between September 2021 and January 2022. The executive summary is included with this release and will be published in full in due course.

From:
Department for Education
The Rt Hon Nadhim Zahawi MP