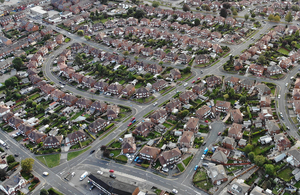 Local residents will be given the final say on changes to the name of their street, under new proposals published by the Department for Levelling Up, Housing and Communities.

The government has launched a technical consultation setting out plans to ensure councils in England are approved by local residents in that street before they go ahead with them.

Currently, many councils can change the name of a given street without consulting residents. Consent from local residents has been a legal requirement in the past, but has been ‘disapplied’ in many areas. The government believes the law needs updating so it is consistent across England.

The current system relies upon three Acts which date from the early 20th century and create nationally inconsistent and unclear procedures for changing street names. Under the existing legislation, many local authorities have the power to change the name of a given street without engaging residents or businesses on that street. The government is considering the case for modernising these multiple and dated Acts by replacing them with a single clear requirement for a residents’ vote on any changes to street names based on the principles set out in 1907 legislation.

The proposals aim to improve local democracy and ensure that street names that are valued by locals and form part of an area’s identity. Changing a street name can have significant practical costs for residents and businesses which then have to change their address with banks, shops, utilities and on official documents.

"Up and down the country, street names often form a key part of an area’s history, cherished by the local community for the memories they hold and the places they represent.

"These proposals will strengthen local democracy by ensuring that councils in England get agreement from local residents in advance of any street name changes."

The government will introduce these changes through future legislation and the technical consultation is seeking views on the detail of these proposals.

The consultation period will run until 22 May and the government will publish its response in due course.

The government wishes to acknowledge the work of Policy Exchange through their publication Protecting local heritage: How to bring democracy to the renaming of streets (March 2021) in bringing this to public attention.

From:
Department for Levelling Up, Housing and Communities
The Rt Hon Stuart Andrew MP