As part of the government’s commitment to drive down crime and improve public safety, the Home Office has today (18 March) formally launched round four of the Safer Streets Fund 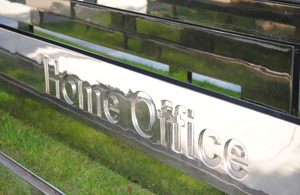 As announced in the Levelling Up White Paper, £150 million is available over the next three financial years for police and crime commissioners and local authorities across England and Wales, as well as certain civil society organisations.

The Safer Streets Programme provides funding to areas most affected by crime and anti-social behaviour and will allow local authorities, civil society organisations and police and crime commissioners to bid for up to £500k per year for each project. The latest round of the fund targets neighbourhood crime, violence against women and girls and – for the first time – anti-social behaviour.

Projects from previous rounds of funding have made a huge impact on local communities. For example, in Northampton funding has improved the security for thousands of homes that were vulnerable to burglary with alleyway gates installed to prevent an easy escape for offenders.

In Humberside, one of the most deprived areas in the country, money was given to improve communal entrances to prevent drug dealing, as well as installing storage units to stop bike and motorbike theft. Funding was also used for youth activities such as football and boxing.

"Our local communities are the beating hearts of the UK and I want our streets to be safe for everyone to go about their daily lives without fear inflicted on them by criminals.

"The Safer Streets Fund improves the safety and security of areas blighted by crime and helps the police and local councils ensure that everyone is safe on our streets, going to the shops, seeing friends. It also prevents potential perpetrators committing such crimes in the first place so our communities are able to flourish."

"As well as being tough on criminals, we need to outsmart them where we can, preventing their crimes. The Safer Streets Fund does exactly that, giving neighbourhoods the money they need to “target harden” their homes and streets, outfoxing villains and making them think twice before offending.

"We want everyone to feel safe in the public space, and as we build safer streets, town by town, I hope that we can restore pride, alongside safety, as something people say about where they live."

"We have seen first-hand how important the Safer Streets funding has been here.

"We’ve issued thousands of home security packs to residents, installed new CCTV cameras across the county to deter criminal behaviour, have erected alley gates to cut off anti-social behaviour and are installing new doors to improve security at residential properties.

"The Safety of Women at Night fund has also helped us to launch our SNOvan for Safer Nights Out, as well as encouraging pubs, clubs and restaurants to take the Licensing Security & Vulnerability Initiative (Licensing SAVI) assessments to improve security at their venues.

"All of these schemes have been made possible thanks to Home Office funding which has totalled more than £2 million over the last 18 months, and which has had a hugely positive impact in Northamptonshire."

The funding is also used to tackle violence against women and girls. In Sussex, for example, they have invested in a number of programmes to improve safety for women including providing bystander training sessions to encourage members of the public to feel able to challenge inappropriate behaviour and support victims.

Other projects across the country have focused on setting up neighbourhood watch groups, increased CCTV and introducing wardens to undertake community engagement and train members of the public in crime prevention – demonstrating levelling up in action.

The government has already committed £70 million to the Safer Streets Fund to support local areas across England and Wales to introduce initiatives aimed at preventing crime from happening in the first place. We have also invested £5 million in the Safety at Women at Night Fund.

The Beating Crime Plan also set out our plans to keep our communities safe, to stop crimes happening in the first place, and to keep serious offenders in prison for longer. The plan also lays out the government’s plan for tackling crime and anti-social behaviour with a commitment to working with local agencies and partners to use the full powers and tools available.