Almost 400,000 families have been helped by the Troubled Families programme 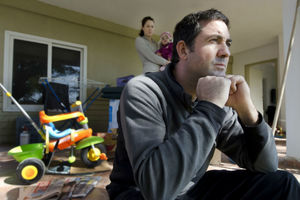 Building resilient families, the third Troubled Families annual report, details how the programme is spreading whole family working across local services. This means more families in need getting access to the early, practical and coordinated support they need to overcome their complex interconnected problems such as anti-social behaviour, mental health issues or domestic violence.

"The real strength of the Troubled Families Programme is that it’s not just trying to manage the challenges families in need face. It’s changing lives in the long term.

"Troubled Families keyworkers are successfully engaging with the whole family to address not just the symptoms, but the underlying issues that have held families in need back, often for generations.

"Almost 400,000 families have been helped by the programme’s whole family approach, winning the confidence of councils and their partners alike with its proven ability to give people hope and a brighter future.

"That’s why I believe in the programme and want to see it go from strength to strength."

Rather than responding to each problem, or single family member separately, assigned Troubled Families keyworkers engage with the whole family. Through this approach they coordinate support from a range of services to identify and address family issues as early as possible rather than merely reacting to crises.

The programme of whole family working has achieved significant progress over the past 12 months:

• 171,890 families have achieved significant and sustained progress against the problems that were identified when they entered the programme. This is up 79,645 on the previous year.

• Of all families worked with since the beginning of the programme, in 20,366 families one or more adults have succeeded in moving into continuous employment. An increase of 6,459 since last year.

When compared to a similar control group, the programme of targeted intervention was found to have:

The Troubled Families Programme is geared toward reducing demand and dependency of families with complex needs on costly, reactive public services and delivering better value for the taxpayer.

Since the current programme began in 2015, local authorities and their partners have worked with almost 400,000 eligible families. This compares with only 5,000 families who had received whole family support in England between January 2006 and March 2010.

"The success of the Troubled Families Programme is down to the tremendous efforts and tireless work of all those involved including the families themselves.

"I have seen first-hand how the programme has made a real difference for families up and down the country, with fewer children going into care, fewer adults going to prison and more adults back in work.

"This government will continue to champion families at every turn, helping them play their part in a society where no one is left behind."

The Troubled Families Programme with its emphasis on early intervention and its track record of tackling complex challenges also has a valuable role to play in addressing serious youth crime.

In February 2019 a new £9.5 million fund was launched to help focus attention on preventing young people getting drawn into serious youth crime.

A further £300,000 has also been made available to train frontline staff on how to tackle childhood trauma. The money has been allocated to community-backed projects in 21 areas across England.