Entries to EBacc subjects and overall arts subjects have risen, as GCSE results are released today 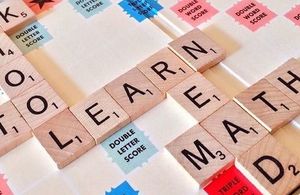 Williamson said the rise in the quality of apprenticeships and A levels means young people can be full of confidence as they look to the future, and move into sixth forms and further education colleges.

There were an estimated 5.2 million GCSE entries this summer – up 50,000 on the previous year.

This year also sees the continuation of GCSE reforms, including exams being graded at 9 to 1 and designed to be more rigorous and better prepare young people for further study and the world of work.

"Today is a proud day for students, teachers and parents up and down the country, and I wish them all the very best for their results.

"It should also be an exciting day. It’s a day that marks the culmination of years of hard work and opens doors that can create life-changing opportunities.

"The work this Government has done to drive up standards means there has never been a better time to go onto further study. We will continue to focus on discipline, outcomes and standards, so whatever path they choose, young people will get a better and better education so they can be full of confidence about their future."

Of the 5.2 million GCSE entries this year, provisional data suggests 4.2 million were for EBacc subjects – up almost 4% on the previous academic year and including rises in entries to Spanish (10%) and French (4%).

The increase in EBacc and modern foreign language entries sits alongside a 3% increase in entries to GCSE arts subjects. The increase includes rises in art and design subjects and performing and expressive arts – showing that a focus on core academic subjects and pupils receiving a cultural, well-rounded education go hand in hand.

Thousands of the pupils getting their results today will go on to do an apprenticeship, offering students high-quality training and a wide range of career options. Apprenticeships now offer more off-the-job training than in previous years and are supported by some of the country’s leading employers, including Lloyds Banking Group, Royal Mail and Berkeley Group.

Many others will go on to do A levels, following in the footsteps of almost 250,000 pupils who collected their results last week. Data published alongside last week’s results showed 26.2% lift in the number of pupils taking STEM subjects at A level, compared with 2010.