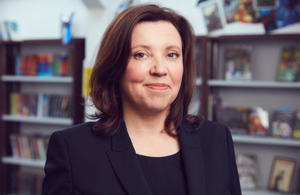 The Secretary of State for Education, Gavin Williamson, has today Thursday 17 December announced Dame Rachel de Souza as the next Children’s Commissioner for England.

She will take up her post in March 2021 and will replace the current Children’s Commissioner for England Anne Longfield OBE, who has held the post since 2015.

It follows a pre-appointment hearing in front of the Education Select Committee on Tuesday 15 December, and endorsement by the Committee of the Secretary of State’s preferred candidate.

"It’s my pleasure to confirm Dame Rachel as the next Children’s Commissioner for England. She has spent her career protecting children’s most important right – the right to an excellent education. She has a wealth of experience in improving the outcomes for thousands of children in under-performing schools and working with families in a diverse range of disadvantaged communities.

"I know that in this new role she will deliver positive change and champion the voices of children in this country, at a point where it is required more than ever. With her expertise and knowledge she will keep the momentum up in protecting and promoting children’s rights.

"I would also like to take this opportunity to thank Anne Longfield for all her work and dedication over almost six years. I look forward to seeing her continue this important work in whatever she does next when her term ends in February."

Dame Rachel de Souza has more than 25 years’ experience working in education and has been at the heart of delivering academic and organisational changes across a multitude of different schools. She is currently the Chief Executive at Inspiration Trust - a multi-academy trust based in Norfolk and north Suffolk, including 14 academies – which is recognised as one of the country’s best comprehensive schools’ groups with a reputation for turning around underperformance.

She has enjoyed a highly successful career in the educational sector, including her key work to lead the formation of Inspiration Trust, Rachel has been a trustee at Shakespeare Globe and Ambition Institute and has numerous qualifications in Leadership and Education.

Rachel was appointed a Dame in the New Year’s Honours in 2014 for her services to Education.

"It is a great honour to be the next Children’s Commissioner for England. For many years I’ve been a passionate advocate for children and young people, especially those from disadvantaged backgrounds. The Inspiration Trust has done some fantastic work to support young people in Norfolk and north Suffolk, delivering an excellent education so that they can achieve their potential and flourish. As Children’s Commissioner I’m looking forward to standing up for children across England.

"We all know just how difficult Covid has been for children and families up and down the country, I am going to play my part in helping level up opportunities for children, and ensuring their welfare everywhere, as we come through this difficult time and look towards a more positive future.

"I’m going to miss leading the Inspiration Trust - we’ve achieved so many fantastic things in the last 8 years. From turning Great Yarmouth Charter Academy around and developing a nationally-recognised curriculum to opening the first maths and science specialist sixth form. We’ve also faced a number of challenges, which we came together as a family of schools to overcome. I’m proud to have witnessed the community spirit of Norfolk and Suffolk - it’s a time in my life that I will truly treasure."

Anne Longfield OBE will continue in her role as the Children’s Commissioner for England until 28 February 2021.