Charles Randell CBE has today been appointed as the Chair of the Financial Conduct Authority (FCA), effective from 1st April 2018 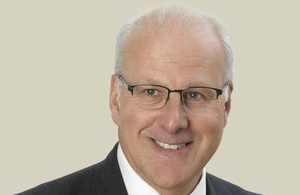 The FCA have also appointed Mr Randell as the Chair of the Payments Systems Regulator (PSR), the economic regulator for the UK’s payment systems industry, from the same date. He will replace the outgoing Chair of the FCA and PSR, John Griffith-Jones.

Mr Randell is currently an external member of the Bank of England’s Prudential Regulation Committee (PRC) and a Non-Executive Board member of the Department for Business, Energy and Industrial Strategy (BEIS). Charles began his career in law. Before he joined the PRC, he was a Partner at international law firm Slaughter & May, where he specialised in corporate finance law and led projects on financial stability and bank restructuring. Charles is also a Visiting Fellow at Queen Mary University of London.

"I’m very honoured to have the opportunity to chair the FCA and the PSR. They do vital work in delivering a stable and trusted system of financial regulation which protects consumers while supporting innovation, competition and growth. I look forward to working with colleagues at both organisations as they continue their mission."

The Chancellor of the Exchequer, Philip Hammond, said:

"I am delighted to appoint Charles Randell as Chair of the FCA. Charles has a wealth of relevant experience, and I am sure that he will prove to be a strong leader at this very important time.

"I would like to thank the outgoing Chair, John Griffith-Jones, for his service. He has been instrumental in establishing the FCA and PSR as highly effective organisations which are critical parts of the UK financial regulatory system. I wish him all the best for the future."

"I am delighted that Charles Randell has been appointed as my successor and I wish him every success in the role."

Charles Randell has resigned as an external member of the Bank of England’s Prudential Regulation Committee (PRC). He will leave this position before joining the FCA and PSR as Chair. HM Treasury and the Bank of England will begin recruiting a successor soon.