Largest funding increase in more than a decade for justice system

Victims, courts and prisons will benefit from the Ministry of Justice’s largest funding increase in more than a decade, awarded in yesterday’s Spending Review 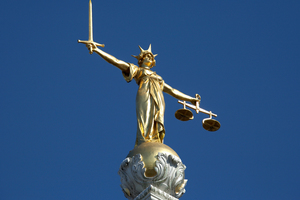 • Extra £2.2 billion in Spending Review to drive recovery in courts, prisons and probation
• £550 million to cut reoffending and protect the public
• £185 million a year to boost victim support services

A 12 percent boost to the department’s budget will see £11.5 billion invested by the end of this parliament, delivering commitments to cut crime and build back confidence in justice – with an extra £2.2 billion to aid recovery in the courts, prisons and probation services.

An extra £550 million will be invested over the next 3 years to rehabilitate offenders and protect the public – getting ex-prisoners into work and keeping them off the streets to tackle the root causes of crime.

The money will help accelerate the extensive work already underway to recover from the unprecedented impact of the pandemic, while delivering a more efficient and modern justice system.

More than £1 billion has been allocated to boost capacity and accelerate post-pandemic recovery. This includes £477 million that has been secured to help deliver the swift access to justice that victims deserve – improving waiting times and reducing court backlogs.

Crucially, victim support services will see £185 million in annual funding by 2024-25. This will fund more than 1,000 Independent Sexual and Domestic Violence Advisors and 24/7 crisis helplines and is an 85% increase on funding in 2019/20.

"The pandemic created unprecedented challenges but this settlement is the largest increase in more than a decade for the justice system. That means we can focus on building a better, more efficient, justice system for all.

"The extra investment will help us protect the public by bringing criminals to justice quicker, reducing stubborn reoffending rates and supporting victims better than ever before."

The settlement includes a further £324 million over the next 3 years to improve timeliness in civil and family courts and tribunals. £200 million will complete the flagship £1.3 billion court-reform programme, fulfilling our commitment to a justice system that takes advantage of technology and moves more court processes to quicker and safer online platforms.

The Spending Review will also boost access to justice for millions by expanding the eligibility thresholds for legal aid in civil cases - such as deciding child maintenance arrangements. The MOJ will set out plans for criminal legal aid following the ongoing independent review which is due to report back soon.