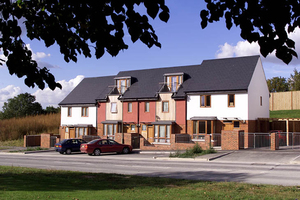 Homeowners are set to benefit from greater control over their home and building, as an advisory panel prepares them and the market for the widespread uptake of a collective form of homeownership, known as commonhold.

As part of the biggest reforms to English property law for 40 years, Housing Secretary Robert Jenrick has today (13 May 2021) launched the Commonhold Council – an advisory panel of leasehold groups and industry experts who will inform the government on the future of this type of homeownership.

The commonhold model is used widely around the world and provides a structure for homeowners to collectively own the building their flat is in, with a greater say on their building’s management, shared facilities and related costs. There are no hidden costs or charges, preventing some of the egregious practices currently seen in some leaseholds.

The Commonhold Council, chaired by Building Safety Minister Lord Greenhalgh, will form a partnership of leasehold groups and industry representatives. These members – including Leasehold Knowledge Partnership, the National Leasehold Campaign, UK Finance and the British Property Federation - will bring their expertise on the consumer needs and market readiness for commonhold within the housing sector.

Commonhold gives homeowners more autonomy over the decisions that are made. They are in control of their building in what is known as the building’s ‘commonhold association’.

The newly formed Commonhold Council will help to make this a reality for more homeowners – as the government takes action to make home ownership fairer and more secure.

The move follows recommendations made by the Law Commission to simplify the commonhold system and expand its use for both new homes and existing leasehold buildings. The government will respond to these recommendations in due course.

"We want to give homeowners across the country the autonomy they deserve.

"The new Commonhold Council launched today will – together with leasehold groups and industry experts – pave the way for homeowners in England to access the benefits that come with greater control over your home.

"We are taking forward the biggest reforms to English property law for 40 years – and the widespread introduction of commonhold builds on our work to provide more security for millions of existing leaseholders across England, putting an end to rip-off charges and creating a fairer system."

"The Commonhold Council will help to reinvigorate commonhold, complementing our recommendations for a reformed legal framework.

"I am delighted to be able to support the Council’s work, which will pave the way for commonhold to be used widely, ensuring homeowners will be able to call their homes their own."

This builds on the announcement in the Queen’s Speech, where government set out its intention to restrict ground rents for new residential long leases to a peppercorn. Earlier this year, the government also announced changes that will mean that any leaseholder who chooses to can extend the lease on their home by 990 years, on payment of a premium, and will no longer pay any ground rent to the freeholder.

These changes will enable those who dream of fully owning their home to do so without cumbersome bureaucracy and additional, unnecessary and unfair expenses.

A Law Commission report said last year the leasehold system was not working for home owners. These changes will make the leasehold system fairer, cheaper and simpler. Today’s announcement is a positive step to ensuring that homeowners have equal opportunity to manage their properties with fairness and dignity.