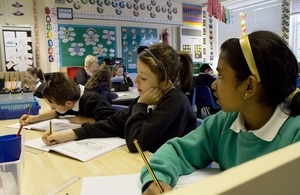 Teachers want to see more support for parents to help them resist the practice of ‘off-rolling’. New research for Ofsted finds that a quarter of teachers have seen off-rolling – when a child is removed from the school roll for the school’s benefit, rather than in the child’s best interests – happen in their schools. Two-thirds of these teachers believe the practice is on the rise.

Read the research on off-rolling.

The study, based on survey responses from over 1000 teachers, paints a concerning picture of the extent of off-rolling in England’s schools. Teachers believe that parents with less understanding of the education system and their rights are most likely to be pressured into taking their child out of school.

Some spoke of “fear-mongering”, with school management giving parents a “worst case scenario” for their child’s future if they remained in the school. Teachers said that they want to see better support for parents, so they understand their rights and options.

The YouGov survey for Ofsted looks at teachers’ awareness of, and views about off-rolling.

It also finds that:

• there is mixed understanding among teachers of what off-rolling is, but many teachers are aware that it is happening and believe that it is on the increase

• teachers agree that it usually happens before GCSEs, either during years 10 to 11 before results are collected, or in year 9 before exam teaching begins

• many teachers think there is an overlap between off-rolling and other, sometimes legitimate, practices

Teachers believe that academic achievement is central to schools’ decision-making when pupils are off-rolled. Half of those that responded to the survey said the main reason for schools to off-roll a pupil is to manipulate league tables. Some teachers felt that it was easier to justify off-rolling when there are behavioural concerns, and that behavioural issues are “dressed up” to support the pupils’ removal.

The vast majority of teachers taking part in the research opposed off-rolling, but some thought it was understandable when there are underlying issues at play. Teachers also thought that schools needed more support to address special educational needs and other behaviours that are linked to off-rolling.

Only a third of teachers that had experienced off-rolling believed that off-rolled pupils went on to other mainstream schools, while just a fifth of those with experience of off-rolling said that there was any follow-up to check what had happened to pupils.

"These are troubling findings. While not every school is off-rolling, teachers tell us that some are clearly pushing vulnerable pupils out through the back door with little thought to their next steps and best interests.

"Ofsted takes a dim view of off-rolling. When inspectors uncover evidence of this happening we make it clear in our inspection reports. And under our new inspection regime, taking effect in September, schools found to be off-rolling are likely to be rated inadequate for their leadership and management."

The researchers surveyed more than 1,000 teachers from primary and secondary schools across England and interviewed teachers and senior leaders who had direct experience of off-rolling, either through teaching pupils who have been taken off the schools’ roll, or by being involved in decisions around off-rolling. Professionals were chosen from a range of roles and school types.

Exclusions can be temporary or permanent and are carried out formally within the Department for Education’s statutory guidance on school exclusion. They are a legitimate means of managing behavioural issues.