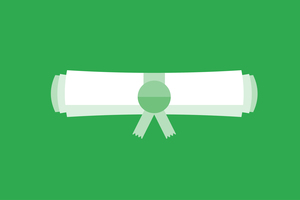 Her Majesty The Queen has approved the appointment of 114 barristers and solicitors as new Queen’s Counsel (QC) in England and Wales. The title of QC is awarded to those who have demonstrated particular skill and expertise in the conduct of advocacy.

Her Majesty has also approved the appointment of 10 new Honorary Queen’s Counsel (QC Honoris Causa). Their biographies are listed below. Honorary QCs are awarded to those who have made a major contribution to the law of England and Wales, outside practice in the courts.

The Lord Chancellor will preside over the appointment ceremony at Westminster Hall on 16 March, where he will formally bestow the title of QC upon the successful applicants and award the honorary QCs.

"The award of QC is a time-honoured recognition of excellence.

"I want to congratulate all those on their forthcoming appointments and awards. The depth of expertise and eminence in this pool is vast and is exactly what gives our legal system its world-leading reputation."

Elizabeth Gardiner became the first woman to hold the position of First Parliamentary Counsel when she took up the post in Cabinet Office in 2015. Elizabeth joined the Office of the Parliamentary Counsel (OPC) in 1991, and has spent over 20 years as a legislative drafter, working on a wide range of legislative projects and leading drafting teams. These projects have included leading the tax legislation drafting team and working on consolidation and law reform projects at the Law Commission. Recently, under her leadership, OPC has been responsible for producing the many pieces of primary legislation required in relation to Brexit. In addition to her drafting work, Elizabeth is committed to improving the quality of modern legislation and tackling the causes of unnecessary complexity.  She also leads a cross-Civil Service project to build the parliamentary knowledge and capability of all civil servants. Elizabeth is a strong advocate for diversity and inclusion, and is currently the Cabinet Office’s Gender Equality Champion.

Lynda Gibbs is a non-practising barrister and legal educator and is currently Dean of the Inns of Court College of Advocacy. She co-authored the national ‘Advocacy and the Vulnerable’ training course, designed to ensure that advocates, when dealing with vulnerable witnesses, understand the key principles behind the approach to and questioning of vulnerable people and children in the criminal justice system. She is currently working with the Family Law Bar Association to roll out the training course for family lawyers. Lynda has also created guidance and training films for youth justice advocates and has developed a two-part Bar Course. In a revolutionary step for Bar training, the first part is entirely online, helping to encourage diversity and facilitate social mobility. The second part focusses heavily on advocacy, where students will be introduced to vulnerable witness training, youth justice advocacy, experts, and interpreters, culminating in compulsory mock trials using police officers and actors.

Millicent Grant is currently a Member of the Board at the Chartered Institute of Legal Executives (CILEx). She is a former President of CILEx, and is the first person of a non-white background to lead a legal professional membership body. Millicent has worked to tackle diversity and inclusion in the legal profession and the judiciary, giving evidence to the Constitution Committee regarding the eligibility of chartered legal executives for judicial appointment, for example, and through her contribution to the Pre-Application Judicial Education (PAJE) group and programme. Her commitment to supporting BAME lawyers and those wishing to enter the profession, and to championing diversity across the whole legal profession, also led to her being awarded the UK Legal Diversity Award of ‘Black Solicitors Network Lawyer of the Year’ in 2017. Millicent is also an ambassador for social mobility, and is Chair of the Knights Youth Centre. She has provided coaching support to senior managers in the public sector and to employees wanting to progress in their profession, and has worked as a tutor delivering the CILEx level 3 qualification to adults at evening classes.

Eva Lomnicka is a professor of law at King’s College London. She has written and contributed to numerous articles, books, and practitioner texts on consumer credit and financial services law. Her academic work is routinely cited in court by practitioners, and has been referred to with approval by the courts in numerous reported cases. Eva has also contributed to the review and development of financial services law through, for example, her involvement in government reviews of consumer credit legislation. Her involvement in the then Department of Trade and Industry’s ‘Consumer Credit Steering Group’ led to the overhaul of the law of consumer credit, implemented in the Consumer Credit Act 2006. Eva was a trustee of the Money Advice Trust, a charity that seeks to ensure free quality and consistent advice to people with debt problems, and provides training and resources to businesses and charities who come into contact with people in financial difficulties.

Glyn Maddocks is a South Wales-based solicitor in private practice. He is a specialist in general civil litigation, personal injury and human rights, including inquests and child abuse claims. He has also developed particular expertise in criminal appeal and miscarriage of justice cases, and has had a number of notable successes in overturning wrongful convictions. For his dedication, commitment and work on one of these cases over a 12 year period, he was named Welsh Lawyer of the Year in 2005. This work has been almost entirely pro bono, and Glyn has contributed to many developments in the way that wrongful conviction cases are dealt with through publications, broadcasts, lectures, and by giving evidence to parliamentary select committees. He is a founding trustee of the Centre for Criminal Appeals (now known as APPEAL), a charity whose aim is to overturn unsafe convictions by providing representation for those who claim they have suffered a wrongful conviction.

Judith Masson is a legal academic, and Professor of Socio-Legal Studies at the University of Bristol. She has worked with Parliament, the Judicial College, the Family Justice Council, and the Family Justice Review, and has taught students, lawyers, social workers, and judges, in the field of public child law. Her work has not only improved understanding of care proceedings and their effects, but has resulted in changes to the law. Her work on the Children Act 1989, for example, involved successfully campaigning for amendments. Following research into the operation of the Act, Judith undertook 6 major studies of emergency child protection and of care proceedings. The first 5 informed the Family Justice Review’s reforms to care proceedings, and the final study assessed the operation and impact of those reforms. The findings from these studies have been widely disseminated, and provide the basis for improved practice.

Clare McGlynn is a legal academic, and a Professor of Law at Durham University, specialising in the legal regulation of pornography, image-based sexual abuse, and sexual violence. She has influenced the development of law and policy in these areas, from her work on women lawyers in the 1990s, including her book ‘The Woman Lawyer: making the difference’, to scholarly and policy work, shaping developments in how English criminal law defines and addresses online harms and pornography. Her research, with colleagues, identifying the failure of the extreme pornography definition in the Criminal Justice and Immigration Act (2008) to cover rape pornography, for example, galvanised a national campaign for reform. The campaign was successful, and the change to the law was incorporated in the Criminal Justice and Courts Act 2015. Clare’s work was cited as evidence behind the justifications for these legal changes.

Rodger Pannone is a solicitor, and was President of the Law Society of England and Wales from 1993 to 1994. He was Chairman of the College of Law, and Chairman of the Council of Manchester of University. His contributions to the law are varied and wide-ranging. His work as a personal injury lawyer led him to identify and seek to achieve many improvements that benefitted those suffering from personal injury or clinical negligence. The establishment of expert panels as a result of his efforts, for example, meant that victims were able to choose expert lawyers for the first time. As a pioneer in developing the law of class actions, Rodger had a significant impact on the health and safety legislation and regulations introduced as a result of judicial findings, inquests, and public inquiries. He was a member of the Civil Justice Review Body, and its report to the then Lord Chancellor was the precursor to the Woolf reforms. Rodger also played a key role in securing legislation that allowed solicitors to apply for higher rights of audience and appointment to the High Court Bench.

Jane Stapleton is a leading academic and currently Master of Christ’s College, Cambridge. Her work has largely focussed on private law, and she is best known for her continuing work on causation and the duty of care in the law of obligations, such as the law of torts. She is internationally acknowledged as an expert in these areas. Her research publications are directed to an audience of Bench and Bar and they have made a major contribution to the shape and development of the law by elucidating fundamental conceptual areas. Her work is frequently referred to with approval by the senior judiciary in judgments and lectures. The significance and breadth of the impact of her work on the common law has been recognised both nationally and internationally. In 2015 she became a Corresponding Fellow of the British Academy, and from 2004 has served as the only foreign member of the Council of the American Law Institute.

Daniel Winterfeldt is a solicitor and a capital markets partner at Reed Smith. In 2006, Daniel founded, and currently co-chairs, the Forum for US Securities Lawyers in London, set up to tackle issues surrounding the application of and compliance with US securities laws in the London and international capital markets. In 2008, Daniel also founded the InterLaw Diversity Forum, which works to foster inclusion in the legal sector for all strands of diversity and social mobility. With the InterLaw Diversity Forum, Daniel has worked closely with government and regulatory bodies around issues of diversity, inclusion, and culture. The InterLaw Diversity Forum currently has more than 6,500 members and supporters from over 300 law firms and chambers and over 500 corporate and financial institutions. Daniel has also worked closely with law firms and legal employers to support them with talent management, leadership and culture changes.