A package of 12 announcements has been launched today to tackle sexual harassment at work, including consultations on legal protections and on additional protections for volunteers and interns 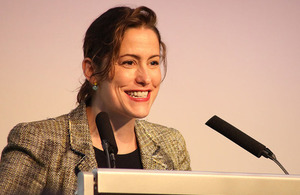 Government will introduce a new Code of Practice so employers better understand their legal responsibilities to protect their staff as part of a package of commitments to tackle sexual harassment at work.

Responding to the Women and Equalities Select Committee report, the Government Equalities Office also promised to carry out awareness raising work with the Advisory, Conciliation and Arbitration Service (Acas), the Equality and Human Rights Commission and employers on how to prevent and address sexual harassment at work; to work with regulators to ensure they are taking action; and commission survey data on the prevalence of sexual harassment at work.

The government will also consult on:

ComRes, in their 2017 research for the BBC, claim that 40% of women (and 18% of men) have experienced unwanted sexual behaviour at work at some point.

“Sexual harassment at work is illegal, but sadly that disgusting behaviour is something that many women still experience today.

“We are taking action to make sure employers know what they have to do to protect their staff, and people know their rights at work and what action to take if they feel intimidated or humiliated.

“Everyone has the right to feel safe at work.”

“It continues to disappoint me that in this day and age some women still face discrimination and harassment at work.

“One part of this is the minority of cases where non-disclosure agreements are used unethically, and employees may not be aware of their protections and rights. We will be consulting on these.”

Going beyond the recommendations in the WESC report, the government has also promised to consult on whether additional protections are needed for volunteers and interns, (looking at all the protections in the Equality Act 2010, not just those on sexual harassment), and to explore the evidence for extending the time limits to bring any workplace discrimination and harassment case under the Equality Act 2010 to an employment tribunal.