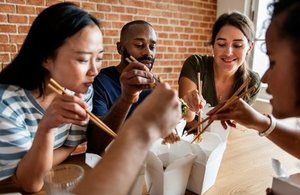 The Government Chemist responded to the consultation providing information about its expertise and current involvement in the areas of food allergy, food authenticity, environmental challenges and food innovation.

The Government Chemist, in view of the many synergies that the role has with the responsibilities of Defra, the Food Standards Agency and Food Standards Scotland, provided some general comments in the attached response document.

Response to the call for evidence for the National Food Strategy