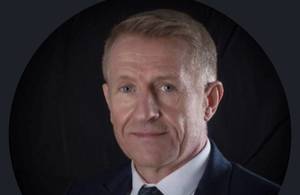 Home Secretary Priti Patel has announced the appointment of Roy Wilsher OBE QFSM as a new inspector of police and fire and rescue services at the independent inspectorate HMICFRS.

Mr Wilsher will take up the dual role of Her Majesty’s Inspector of Constabulary in England and Wales and Inspector of Fire and Rescue Authorities in England. He will primarily oversee inspections in the eastern region, covering fire risk assessments across the East Midlands and East of England.

Throughout his career, Mr Wilsher spent almost 40 years working in the fire and rescue service. He started his career in the London Fire Brigade in 1981, where he rose to Assistant Commissioner, before going on to join Hertfordshire Fire and Rescue Service in 2004. He served as the Chief Executive for the police and crime commissioner for Hertfordshire for 4 years.

Mr Wilsher later became the inaugural chair of the newly formed National Fire Chiefs’ Council (NFCC) in 2017. The NFCC is the professional voice of the UK fire and rescue service, and Mr Wilsher’s role involved providing support to firefighters and staff, giving professional advice to Fire Service Management Committee, and working with the Home Office and devolved administrations.

He was awarded the OBE in 2007 and the Queen’s Fire Service Medal in 2013. Mr Wilsher will be the first Chief Fire Officer to be appointed as an inspector at HMICFRS.

Mr Wilsher is currently serving as an independent advisor to the Home Office on fire policy. He will leave this role before taking up his appointment at HMICFRS.

"I’m pleased to welcome Roy to this important role, where he will play a vital part in ensuring that our police forces and fire and rescue services provide the excellent service that the British public deserve.

"Roy has amassed a wealth of experience from many roles across the fire service – from the guidance and support he’s provided to officers, to his role in advising the government during major incidents and I know he will be an excellent addition to HMICFRS."

On being appointed, Mr Wilsher said:

"I am extremely proud to be appointed by Her Majesty to the Inspectorate. I have always looked to improve public services for the benefit of all our diverse communities and will look to do the same in this role.

"I am really looking forward to working with new colleagues and want to pay tribute to my predecessor, Zoë Billingham. Zoë has done an excellent job and will be a hard act to follow."

Mr Wilsher was selected following a stringent recruitment process, which followed the Office of the Commissioner for Public Appointments (OCPA) Code of Practice.

HMICFRS inspectors are then appointed by Her Majesty The Queen on the advice of the Home Secretary and the Prime Minister.

Mr Wilsher will take up his duties in the autumn.