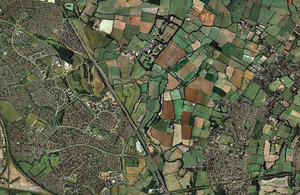 Members of the public will be able to use innovative new technology to have a greater say in shaping and regenerating their communities, the Department for Levelling Up, Housing and Communities (DLUHC) announced today (21 March 2022).

Over £3.25 million from the Proptech Engagement Fund will be spent on 28 projects across England trailing cutting edge digital tools to make the planning system more open, engaging and accessible.

The projects include using 3D interactive maps and virtual reality to help local people better envisage proposed new developments in their communities and encourage them get more involved in planning locally.

Modernising the planning system and using digital technology will help increase community participation in local decision making, including underrepresented groups such as renters and those from black and ethnic minority groups. By empowering communities and giving local people greater say in shaping their neighbourhoods, towns and cities in this way supports the government’s efforts to level up across the country.

We need a modernised planning system which fully embraces digital technology to create places in which people take real pride.

By bringing the planning system up to date with the latest methods, we are ensuring that communities can have more of a say on the development of their town, city or neighbourhood.

The selected projects include:

The pilots, which will run until September 2022, will inform the government’s work to modernise the planning system and DLUHC is working closely with planning authorities across the country to establish best practice and identify where further digital guidance and innovations are needed.

Today’s announcement builds on the launch of two Neighbourhood Planning pilots, which focus on boosting community planning in urban and deprived areas to help more people have a say over the future of their local areas.

The PropTech Engagement Fund was initially launched in August 2021. In October 2021, the Department announced 13 areas that received a share of £1.1 million in the first round of funding.

A breakdown of the Local Planning Authorities that have been allocated funding under the second round of the PropTech Engagement Fund and the amount they have received is below:

From:
Department for Levelling Up, Housing and Communities
The Rt Hon Stuart Andrew MP