Bowel screening to start at 50 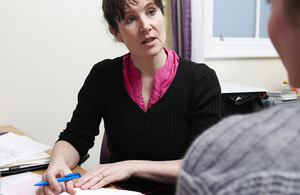 The independent expert screening committee has recommended that bowel cancer screening in England should in future start 10 years earlier at age 50.

Currently, men and women, aged 60 to 74, are invited for bowel screening and are sent a home test kit every 2 years to provide stool samples.

Following a comprehensive review of the evidence, the committee recommends that screening should be offered from aged 50 to 74 using the faecal immunochemical home test kit (FIT).

The evidence shows that screening people at a younger age would enable more bowel cancers to be picked up at an earlier stage, where treatment is likely to be more effective and survival chances improved.

Health Secretary, Matt Hancock, and Public Health Minister, Steve Brine, have today agreed the recommendations. NHS England and Public Health England will now consider how to transition towards lowering the screening age as part of the NHS Long Term Plan.

FIT is a new test due to be rolled out into the national bowel screening programme in the autumn and will initially be offered every 2 years to men and women at the current age range of 60 to 74. FIT is easier to use than the current test and is more accurate in detecting potential cancers. The latest recommendations will not delay the roll out of FIT, which is a priority.

The current bowel screening programme has a complementary procedure, bowel scope, also known as flexible sigmoidoscopy, which is a one-off test offered to men and women at 55. The committee recommends maintaining bowel scope screening in England, where it is currently rolled out until FIT is offered to the same age group.

"The risk of bowel cancer rises steeply from around age 50 to 54 and rates are significantly higher among males than females. Starting screening ten years earlier at 50 will help spot more abnormalities at an early stage that could develop into bowel cancer if not detected.

"The committee recognises that this change will take time but wants the FIT test to be offered to all aged 60 and over as soon as possible, and options considered for a roll out plan where screening can be offered at 55 and eventually to all aged 50 – ensuring we have the best bowel screening programme possible."

"We are determined to make our cancer survival rates the best in the world. With the roll out of FIT as a new bowel screening test from the autumn - a much more convenient and reliable test – we have a real opportunity to reshape our bowel screening programme and potentially detect the stages of bowel cancer much earlier.

"We are now considering opportunities and taking expert advice on how a sustainable, optimal bowel cancer screening programme starting at age 50 can work in the future."

"These important recommendations will be carefully considered in the NHS Long Term Plan, which will set out ambitious improvements in cancer prevention and care for the decade ahead."

The committee also looked at screening for chronic obstructive pulmonary disease (COPD), which is a group of lung conditions, including emphysema, that cause breathing difficulties. It recommended that screening should not be offered for a number of reasons, including a lack of evidence that the impact of screening for COPD would have on smoking cessation.

As part of a regular review process, these recommendations will be looked at again in 3 years – or earlier if significant new evidence becomes available.

The latest screening recommendations were made at the UK NSC’s meeting on 29 June 2018, the minutes of which are published today (10 August 2018).