New members of the Council for Science and Technology confirmed

The Prime Minister has appointed 5 new members of the Council for Science and Technology. 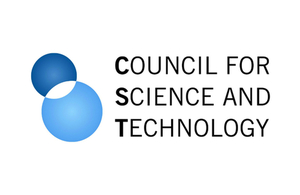 The Council for Science and Technology advises the Prime Minister on strategic science and technology policy issues that cut across the responsibilities of individual government departments.

"The 5 new members of the Council for Science and Technology bring with them a breadth of experience and expertise which will enable the Council to continue to provide excellent advice to government on science and technology opportunities and challenges. This will help ensure the UK remains at the forefront of global science."

The new members are:

David is President of the British Academy. He is an historian of modern British history from 1800 to 2000. He has published extensively on aspects of social, cultural, political and imperial history from this period. He has focused on the British aristocracy, urban development and the structure of power in British towns, issues of class in Britain and the themes of cultural expression and ceremony. He is Dodge Professor of History at Princeton University and became President of the British Academy in July 2017.

Suranga is a General Partner at Balderton Capital, one of Europe’s leading early stage venture capital firms. He was previously an entrepreneur and engineer. Suranga founded blinkx, the intelligent search engine for video and audio content in Cambridge in 2004. He then led the company for eight years as CEO through its journey of moving to San Francisco, building a profitable business and going public in London where it achieved a peak market capitalisation in excess of $1 billion. Before founding blinkx, Suranga was an early employee at Autonomy Corporation - joining as an engineer in the Cambridge Research & Develepment team and ultimately serving as the company’s US Chief Technology Officer in San Francisco. Suranga has a MA in Computer Science from the University of Cambridge. He holds patents in the area of video discovery and online video advertising, was elected a Fellow of the Royal Academy of Engineering in 2012 and was chosen as one of the World Economic Forum’s Young Global Leaders in 2009.

Ottoline is a professor of plant development at the University of Cambridge and Director of the Sainsbury Laboratory, Cambridge. She received her BA (1986) and PhD (1990) in genetics from the University of Cambridge. Among her honours are the Society of Experimental Biology’s President’s Medal (2000), the Royal Society Rosalind Franklin Award (2007), the International Plant Growth Substance Association’s Silver Medal (2010) and the UK Genetics Society Medal (2016). She was appointed a Dame Commander of the Order of the British Empire (DBE) in the 2017 New Year Honours list. She is a Fellow of the Royal Society, a Fellow of Clare College Cambridge, a Foreign Associate of the US National Academy of Sciences, a Member of the European Molecular Biology Organisation, and the Leopoldina. She is Chair of the British Society for Developmental Biology and the Royal Society’s Science Policy Advisory Group. She is Co-Editor in Chief of Current Opinions in Plant Biology and an Editor of Development.

Max is a Chinese-Australian chemical engineer and nanotechnologist. He has been President and Vice-Chancellor of the University of Surrey since April 2016. Previously he was Provost and Senior Vice-President at the University of Queensland. He was appointed as an Officer of the Order of Australia for distinguished service to: education and international research in the field of materials chemistry and nanotechnology, engineering, and Australia-China relations. He has been appointed to the Boards of the National Physical Laboratory and Universities UK. He is a member of the Leadership Council of the National Centre for Universities and Business and a Deputy Lieutenant of Surrey.

Joyce is Professor and Director at the Innogen Institute, University of Edinburgh. She has an interdisciplinary background, covering both natural and social sciences specialising in innovation-governance-stakeholder interactions in the life sciences and related areas. She was awarded a CBE for services to the social sciences in 2005 and an honorary doctorate of the Open University in 2009 and she is also Fellow of the Royal Society of Edinburgh. Appointments include membership of the Synthetic Biology Leadership Council and the Boards of the Industrial Biotechnology Innovation Centre and the Roslin Foundation.

Additionally, Lord Stern’s membership has been extended beyond the end of his ex-officio term as President of the British Academy.

The Council for Science and Technology works on cross-cutting issues of strategic importance, taking a medium to longer-term approach. In developing its advice, it takes into account the cultural, economic, environmental, ethical and social context of developments in STEM.