A new campaign has been launched today by the Attorney General, warning of the legal consequences of prejudicing the judicial process via social media 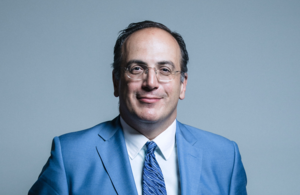 A new campaign has been launched today by the Attorney General, warning of the legal consequences of prejudicing the judicial process via social media.

The Attorney General’s Office’s #ThinkBeforeYouPost campaign aims to highlight the dangers of committing contempt of court online. The campaign will provide advice and guidance on what information, if posted publicly, could leave social media users at risk of being held in contempt of court.

Contempt of court refers to behaviour that undermines or prejudices court proceedings or interferes with the administration of justice, or creates a real risk of that happening. The same rules apply to members of the public as they do to journalists, especially when posting on social media.

These rules are in place to protect an open justice system and ensure fair trials and the fair treatment of defendants, victims, and witnesses. Contempt of court can be punished by a fine or up to two years in prison.

The public education campaign aims to provide advice and guidance on how to avoid committing contempt of court via social media.

“Everyone is innocent until proven guilty, and everyone deserves a fair trial. The issue is really about discussing matters which should only be raised for the first time in front of the jury.

“A mis-judged tweet or post could have grave repercussions and interfere with a trial. A post on social media could mean a trial is delayed or at worst stopped because a fair trial isn’t possible – so I would caution everyone, don’t get in the way of justice being done.

“It is not only journalists or lawyers who can be found in contempt of court, ordinary members of the public can also do so and find themselves facing their own legal consequences.”

We all have the right to discuss and comment on what we see and hear in the news, as long as we stay on the right side of the law. These laws are in place to ensure that a trial can take place unimpeded, and not be postponed or aborted.

Aborted trials affect not only the defendant, but also the victims and witnesses who will then have to go through an often-traumatic experience all over again.

The campaign will run on social media between 28 June and 2 July and use the hashtag #ThinkBeforeYouPost.